"Overdevelopment" is on the minds of voters in the marginal seat of Miranda ahead of the March 28 state election.

Liberal candidate Eleni Petinos listed it first among the "consistent issues" raised by residents while her Labor opponent Greg Holland said it was "the overwhelming issue". 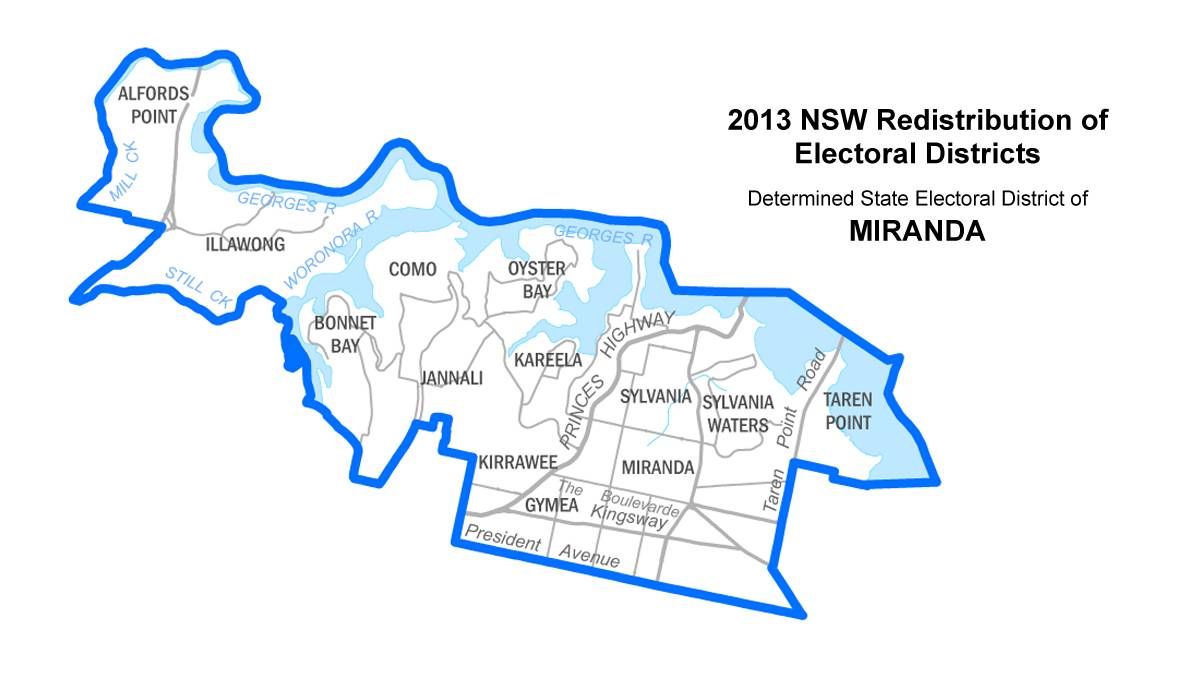 "It is about getting the balance right and I have taken that up with the Minister for Planning [Pru Goward]," she said.

Ms Petinos declined to say whom she thought was responsible for the situation.

"I am not going to be one to throw someone under a bus and apportion blame," she said. "There is no good in looking back and saying 'he did that, she did that'.

"But I can say I will lobby for the people of Miranda and ensure their quality of life is maintained".

Mr Holland said the present Liberal-controlled council and the state government had to be held to account. 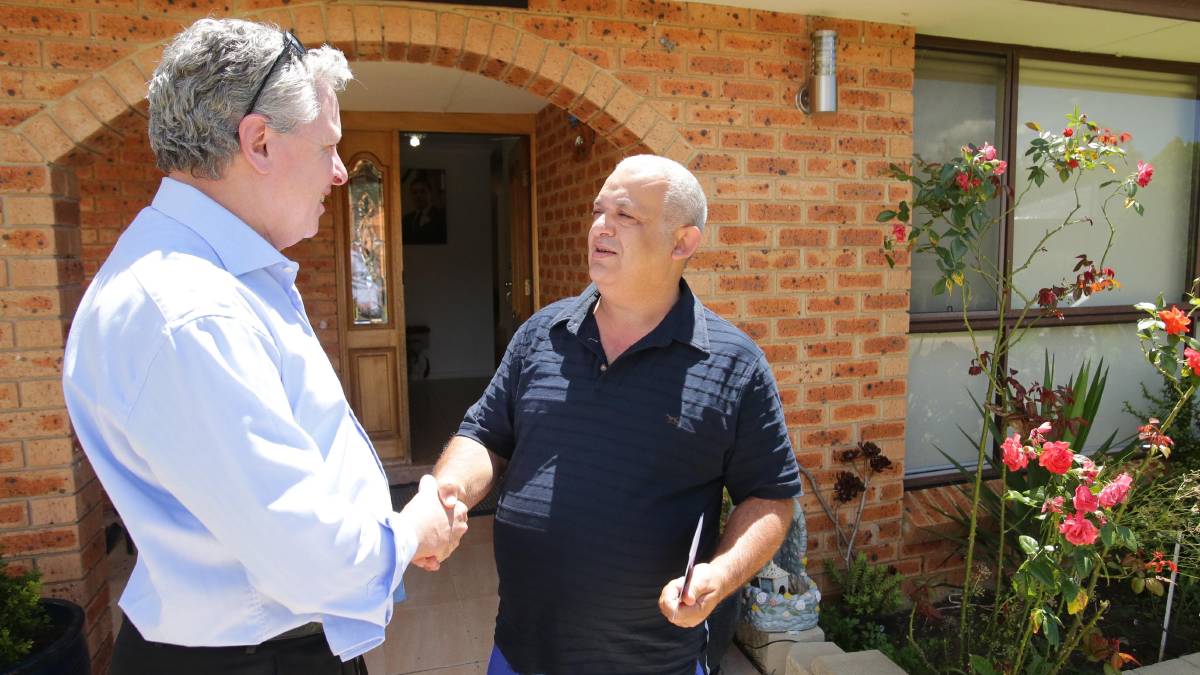 "The over-arching cause is the council's new local environmental plan, which the government appears to be holding off gazetting until after the election," he said.

Mr Holland said the rejection by the council and government of community objections to high-rise development in University Road because of the effects on special needs students at Miranda Public School had angered many people.

Also unpopular was the government decision to locate a boarding house at Miranda without community consultation, he said.

"Residents are not against development because they want their kids to be able to stay in the shire and more housing choice for themselves as they get older, but they don't want it to be excessive," he said.

In the past month, the government announced the hospital would get a new $60 million emergency department and 60 acute ward beds and $10 million would be spent reducing traffic congestion at four major pinch points in the shire.

Ms Petinos said the government provided $11 million in the last budget for a study on extending the F6 motorway.

‘‘I think it should go underground as much as possible to ensure we don’t encroach on people’s homes and lose open space,’’ she said.

Mr Holland said he would support an F6 extension as long as it was a tunnel through the shire but his preference was a light rail corridor.

Mr Holland said many people had told him of long waiting times in the emergency department and for elective surgery at Sutherland Hospital.

He said voters were also upset about TAFE cuts and the rail timetable, which had reduced services to Como and Jannali stations and stopped direct travel to Kogarah station during peak periods.

‘‘I believe the people of Miranda have not been looked after for the past four years, and that’s by both parties,’’ she said. ‘‘They have had two members who have left after two years.’’

The claim angered Labor MP Barry Collier, who said he had worked ‘‘extremely hard’’ since his 2013 by-election win. He said he sought to re-enter parliament because of ‘‘extraordinary circumstances’’ involving Liberal MP’s Graham Annesley’s sudden resignation, council corruption allegations and a ‘‘community outcry’’ against overdevelopment.

He said he had been able to clear a backlog of constituent problems, persuaded the government to extend the terms of reference for the shire’s planning inquiry, helped have fire station closures reversed, pressured the council to control the Kareela flying fox colony and fought high-rise development behind Miranda Public.

Eleni Petinos has lived all her life in her family home at Bundeena.

Her father, who migrated from Greece as a schoolboy, and her Australian-born mother, operate a chiropractic practice. 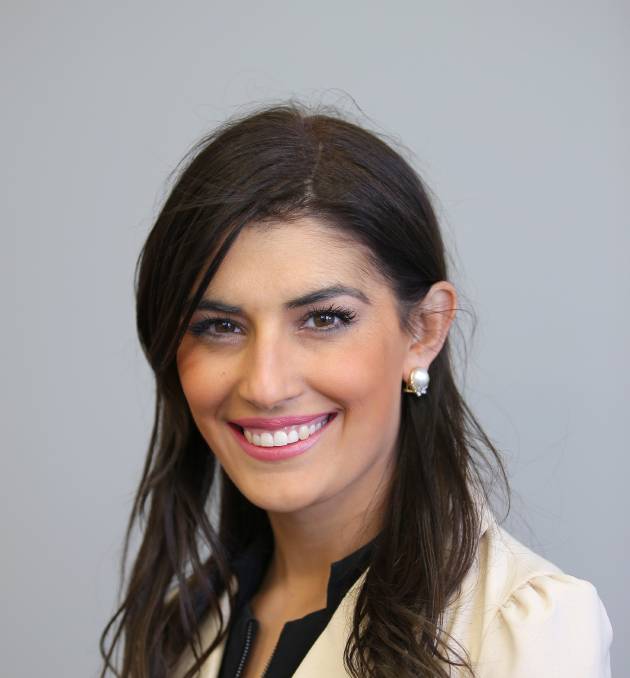 After kindergarten at Bundeena Public School, she attended schools ‘‘outside the area’’.

She worked as a taxation lawyer for PwC (PricewaterhouseCoopers) and then as an adviser to federal parliamentary secretary to the Minister for Social Services, Senator Concetta Fierravanti-Wells.

She resigned to work full time on the election campaign.

A Liberal Party member for 11 years, Ms Petinos is on the party’s NSW state executive.

While at university, she gained experience working in electorate offices, where she was ‘‘exposed to the beautiful outcomes that politicians can provide for their constituents’’.

‘‘I have been inspired by some of the people I worked for and, having seen some of the results they have achieved, I would like to get out into the community and advocate for the people of Miranda,’’ she said.

‘‘I want to be able to advocate for the person who walks in the door and tells me their concerns.’’

Greg Holland believes his community background and experience working with government bureaucracy would help him be a good representative. 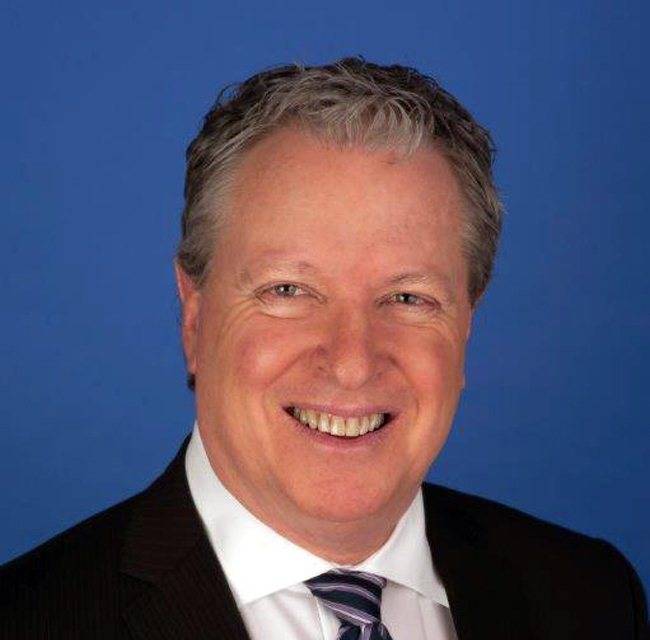 Mr Holland, 58, a corporate public affairs and strategy advice consultant, has lived with his wife Ann at Bonnet Bay for 24 years.

They raised two daughters and have two grandchildren.

‘‘I think I have got the ability to serve the community and I would enjoy doing it,’’ he said.

A Labor Party member for 35 years, Mr Holland stood for the federal seat of Hughes in 2004 and 2007 but, despite better than average swings, failed to unseat sitting Liberal Danna Vale.

Raised in the eastern suburbs, he worked for Waverley Council before entering a seminary and spending three years studying to be a Franciscan priest.

He left the seminary, returned to the council and moved to Canberra to study at university.

He moved to the commercial arm of wire service AAP before starting his own business.

Do you agree overdevelopment is a big concern for voters in the Miranda electorate?