You can figure out a lot about where you are going in life when you know exactly where you came from.

Bernie Shakeshaft is the founder and CEO of Back Track. Based in Armidale, Back Track is a non-profit training and education organisation like no other. The first words you see on its website are: "keeping kids alive, out of jail, and chasing their hopes and dreams".

Since its inception in 2006, the BackTrack program has worked with more than 1000 at-risk teens who have been kicked out of the education system, or are on the path to prison, or generally both.

The program, which has very little government funding, boasts an 87 per cent success rate of participants gaining either full-time employment or training and education. It takes in troubled teens on a day-to-day basis, helping them not only address their educational problems, but also housing, financial, legal and social issues, as well as anything else in the road of them reaching their potential. 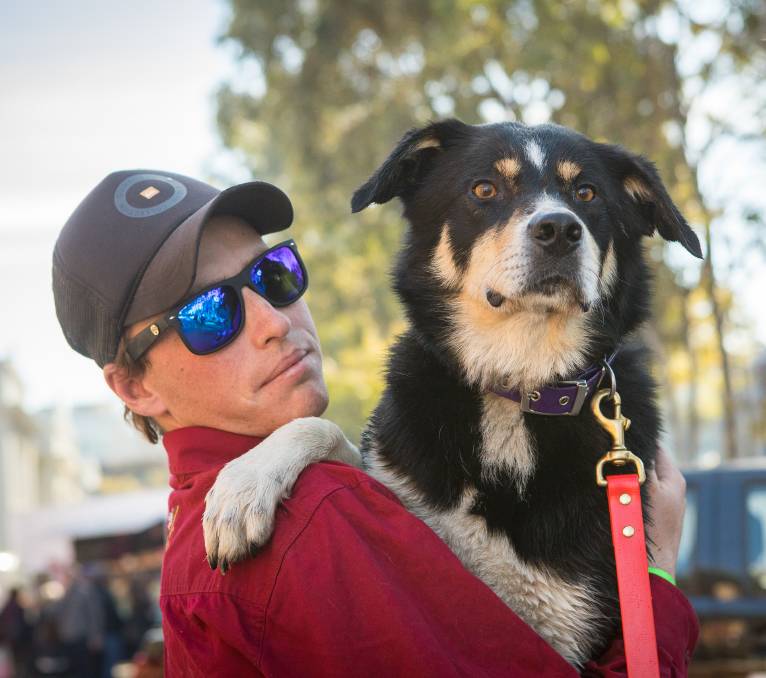 The boys, and now girls, are put through an individually tailored school curriculum, but are also taught a variety of trade skills, being put to work on local projects to teach self-worth, and the value of a hard day's work, and always with the program's signature tool - a sheepdog - by their side.

Next week a book, Back on Track, on the life story of Bernie Shakeshaft and the founding of the Back Track will be published by Hachette. It was written with James Knight, who interviewed nearly a hundred people as well as spending a significant chunk of time with Shakeshaft.

As the book details, Shakeshaft was born to humble parents, Joe and Denise, in Sydney in 1967. Joe worked for the NSW Child Welfare Department (a predecessor to the Department of Family and Community Services). He was transferred to Orange, then Armidale, and eventually back to Sydney, all the while raising their own five children. The couple are now retired in Sydney. The couple had always cared for children from orphanages on weekends and during holidays, one of the first awakenings for Bernie that life was much tougher for some kids.

After Year 11, Bernie had the opportunity to go to India with a group of students. While in Kolkata, they visited Mother Theresa's hospice and he saw her in action, in what turned out to be a life-changing realisation of just how tough life can be. 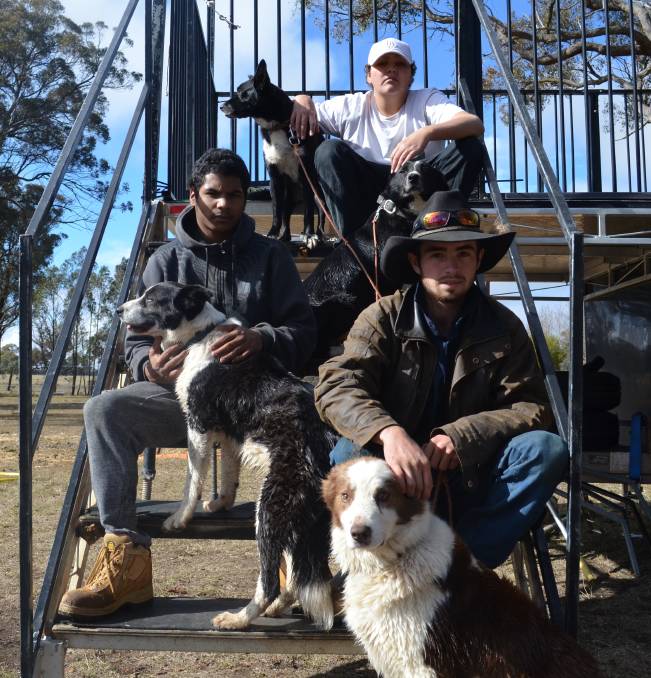 After he left home Bernie found a couple of great mentors in the bush, cattleman Paul Roots and horseman Jimmy Matthews, who both taught him life skills and trade skills that kept in good stead into adulthood. He put them to the test with a stint working properties in the Northern Territory.

His first child, James, was born at John Hunter Hospital in 1991, when he was living at Stroud with his partner Jayne and working at Leyland Brothers World. The couple took their first job as "house parents" at a farm near Tarago, outside of Goulburn, run by the De La Salle Brothers, but the farm was eventually deemed unsustainable.

The young family ended up in the Northern Territory. Bernie became more qualified, working as a dingo tracker, and learning much about indigenous culture. They had a second child, Maeve, and moved back to NSW, with Bernie employed as a youth development officer in Gunnedah, and then moving to Armidale as a youth worker.

It was in Armidale, through a Youth Links program, that the beginnings of what became Back Track came together. One of the boys in the program died in an unrelated motorbike accident, and it triggered a closeness and focus that - along with the addition of puppies from a litter by the Shakeshafts' dog - morphed into Back Track. Making a difference: Bernie Shakeshaft with two dogs who are part of his Back Track program. Picture: Umbrella Entertainment

The humble former council shed that Back Track was given for "peppercorn rent" is still a part to the program.

It began with welding classes a couple of days a week, and welding is still part of the trades training in Back Track. Now, over 40 kids rock up to the shed for training and education every day, and there's a residential program for boys, too.

At the suggestion of his son, James, they got the boys involved into training dogs for high jump soon after the program began. Having two of their dogs as top finishers at the famed Casterton (Victoria) show jump was a highlight soon after Back Track started, and they have had considerable success since that time.

Shakeshaft has about 20 dogs at his place, and 30 in the program.

Although he's tough, Shakeshaft is also humble, and remains as determined as the day he started Back Track. These days he spends more time walking the corridors of power seeking support from businesses, foundations and government agencies.

"We have a lot of smart businessmen involved," he says. "Our budget is $2.4million, less than 5 per cent of that is government-funded. And we are getting outcomes. They [our supporters] want a better partnership with government."

Shakeshaft addressed the recent NSW National Party conference about his program, and, when asked, does not discount the possibility of entering politics himself.

We are doing this without government help: reducing crime, reducing suicide ideation. At some stage, I am hoping I am right, with the success and able to prove it, to force the issues on to the table.

"We know we can have an immediate impact on juvenile crime," he says of the Back Track program. "In Gunnedah, Armidale, Glen Innes there's been a 35 percent cut in juvenile crime in 12 months.

"We are doing this without government help: reducing crime, reducing suicide ideation. At some stage, I am hoping I am right, with the success and able to prove it, to force the issues on to the table."

Canine kick: Bernie Shakeshaft with one of the dogs in the Back Track program.

He is the first to admit there are no quick fixes. But, as he argues, you have to treat the whole person, the whole problem, which is not how government programs work. The government system creates "silos" where education, training and social health all have their own approach, he says.

"We can't afford to change. Because it absolutely works," he says of the Back Track program. "It is very difficult to fit us into the silo model. We take the approach is it long term, with multiple funding sources. With government [funding], you've got 26 weeks, if you haven't solved the problem, you kick them out and start again."

To say he wears his passion on his sleeve is an understatement. "We are seriously trying to save lives," he says.

The government solutions are not reaching children, he says: "Einstein said if you keep doing the same thing, you are going to get the same result. That's what we are doing as a society.

"I heard a saying: children are the most honest barometer of how we are going as a society. Look at the Dusseldorf Report [The Cost of Youth Homelessness in Australia, 2016], one in five kids don't go to school, don't have training . . . one in five nationally, that hits alarm bells."

The tragedy of "ice" use in regional Australia does not surprise Shakeshaft. Working on the coalface with troubled youths for over a decade gave him and the Back Track team plenty of insight.

The book: Back on Track by Bernie Shakeshaft & James Knight is published by Hachette Australia on July 9 (RRP $34.99). Every book sale contributes to the BackTrack program.

"We saw it coming," he says. "All the money poured into mental health, where does it get to where a kid needs ice? What's going on if they need that to take the pain away?".

Back Track has spread its programs into communities such as Dubbo, Broken Hill, Lake Cargelligo and Grafton. As he found with his start-up in Armidale, you need a committed "driver" on the ground, and you need somebody at the top end of town (a mayor, or police commander or education director) to back the program.

"Our mission statement is to help as many kids as we can," Shakeshaft says.

He says he believes it would work in metropolitan areas, too.

While Shakeshaft's life experiences provided him the tools and confidence to create the Back Track model, he also had the support of his family - his parents - from day one.

"I came from a very loving environment," he says. "If that family unit breaks down - 80 per cent of these kids come from single parent families - well, it's back to 'a village to raise a child'. We need to have sensitive, strong adult role models to re-create that family environment."

"Fundamentally in Australia, we are scared of change," he says. "If we keep doing what we are doing, that's not going to work out for anybody."