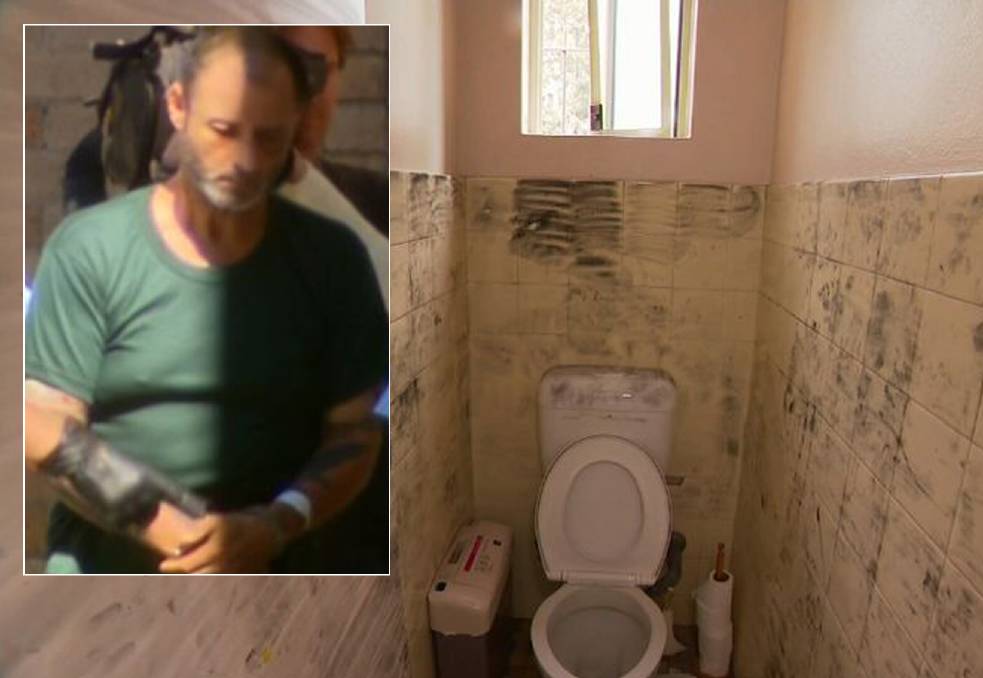 Anthony Sampieri has been sentenced to life imprisonment for the violent sexual assault of a seven-year old girl in the toilets of a Kogarah dance studio.

Acting Judge Paul Conlon handed down the sentence to Sampieri, 56, in the Downing Centre District Court on Wednesday.

During the attack in November, 2018, the girl was forcibly detained for 45-50 minutes.

During this time, Sampieri punched her in the face, forced her to perform acts of depravity, bound her wrists and ankles and attached them to a cord around her neck and stuffed toilet paper in her mouth to silence her.

Sampieri, who was armed with a knife, told the girl he would cut her throat if she tried to alert anyone who came into the toilets.

"Throughout the whole ordeal, the offender demonstrated a callous disregard for this young child as he violently assaulted her and went about dominating and controlling her with the use of a knife and cords, and subjecting her to sexual abuse of the most horrifying and degrading type," Judge Conlon said.

"I agree with the submission of the Crown that the taking of the victim in such circumstances and what happened to her during the course of the detention can only be described as every parent's worst nightmare."

Judge Conlon said a victim impact statement in respect of the child had not been provided to the court, nor did it need to be.

"Clearly, there will be lifelong consequences for her to deal with in respect of emotional and psychological scarring," he said.

"One can only imagine the trauma that will be revisited upon her on any occasion she has to enter a public or office toilet.

"Indeed, that may possibly extend to even entering a toilet in the confines of her own home."

Judge Conlon said Sampieri had used his mobile phone to record a four minutes and 43 second video of the abuse.

Sampieri pleaded guilty to 10 charges related to the attack.

They included three counts of sexual intercourse with a child under 10, for each of which he was sentenced to the maximum of life imprisonment without a non parole period.

He received varying jail terms for the other offences, along with seven charges relating to 94 sexually explicit phone calls he made to women in the months before the dance studio attack.

Judge Conlon said a medical report stated Sampieri was suffering from liver cancer, with only a 60 per cent chance he would survive for five years.

At the time of the Kogarah attack on November 15, 2018, Sampieri was on parole after being jailed for raping a woman in Wollongong in 2012.

A long-time drug addict, he blamed both attacks on his use of crystal methamphetamine (ice) over 15 years.

Sampieri was living with his mother in a one-bedroom flat at Kogarah at the time of the dance studio attack.

He hasn't worked for the last 10-15 years and has relied on Centrelink payments.

Sampieri has been a user of pornography from about the age of 13.

When police went to his home they found pornographic magazines featuring bondage and men having power over women, including schoolgirls and teenagers.

On the day of the attack, Sampieri said he bought "ice" near Kogarah Hotel and walked to the dance studio.

About 5.28pm, he entered the building at 1 Derby Street, Kogarah, and made his way to the male toilets on the second floor, where he watched pornography and engaged in a sexual act.

He then moved to the female toilets, repeating the same actions.

The victim's sister was at a dance class in the building, which was due to finish at 7.30pm.

The victim and her mother returned just before 7pm to wait for the class to end.

The victim needed to go to the toilet urgently and her mother let her off while searching for a parking spot.

When the girl entered the toilets, Sampieri grabbed her and pushed her into a cubicle, locking the door.

The victim later described herself as being "captured".

After assaulting the girl in the female toilets, Sampieri took her to the male toilets, where the attack continued.

Meanwhile, the girl's mother had parked her car and was waiting for her daughter's return.

When she had not arrived by 7.30pm, the mother began knocking on all the doors of businesses in the building and also checked the female toilets.

A dance teacher helped in the search.

Together with a business owner, they checked the male toilets and saw one of the cubicles locked, with men's shoes behind it.

But, when there was no reply to their "hello, hello?", they left the toilets.

At this time, diesel mechanic Nick Gilio, the father of one of the dance students, joined the search.

He saw Sampieri, who had left his victim bound and gagged and was trying to make his escape, and asked if he had seen the missing girl.

Finding the girl in the cubicle, Mr Gilio ran at Sampieri and grabbed him.

Sampieri slashed him with a knife, which also nicked the hand of the victim's mother.

Judge Conlon rejected the defence submission the attack was opportunistic.

The judge said, in the two days before the attack, Sampieri picked up 3-4 dresses in a Kogarah shop and gone into the change room, took keys to the female toilets of a dental surgery and inquired about the starting age of children at another dance studio catering for children with a disability.

"Owing to the fact that he was living in Kogarah and taking into account his movements around the business / shopping precinct on the 14th and 15th November 2018, I am satisfied he had good knowledge of the area and the location of toilets that he had frequented," Judge Conlon said.

The judge said Sampieri denied previous knowledge of the toilets where the attack occurred.

"He had prepared himself to seize an opportunity to act out one of his fantasies should it arise, and it did," the judge said.

Judge Conlon said Sampieri's expressions of remorse during the sentencing hearing "must be viewed with a degree of circumspection, as he made similar statements in respect of his previous offending against his 60-year-old victim".