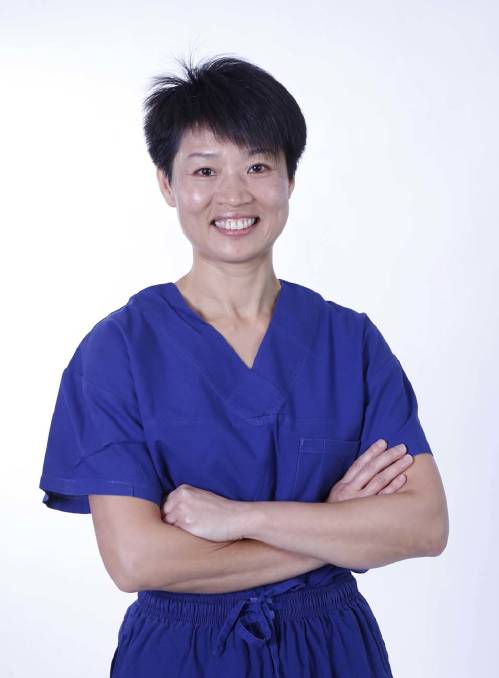 16 prominent Australians of Chinese heritage have written an open letter to Prime Minister Scott Morrison calling for national unity in the face of rising anti-Chinese sentiment resulting from the COVID-19 pandemic.

In the letter they said the escalation of racial abuse towards Asian Australians poses a serious threat to national unity.

"Australians are being targeted because of their Asian heritage or appearance and we cannot allow this disturbing trend to continue unchallenged. We ask for fairness in our national debate, our media reporting and in our communities," they say in the open letter.

"Chinese and other Asian Australians have been in Australia since the 1800s. They have helped to build this nation, fought for Australia in both World Wars and are deeply loyal citizens.

"To allow abuse of any group to occur in our current crisis, jeopardises Australia's social cohesion at the time when we need it most. This is a time for all Australians to come together."

"I'm massively disappointed because it's just so wrong," he told SBS News. "It was the Chinese Australian community that actually protected Australia. They led the way and the broader community is now following."

One of the signatories to the letter, Chinese Australian Forum foundation member and immediate past president, Benjamin Chow, AO, "We are certainly seeing a few cases of racial discrimination recently not just in Sydney but in Victoria.

"It is not a time to be divisive and to blame other Australians of a different background. We should stick to ether and fight the common enemy," he said.

"We have introduced very strong laws against abusing health workers or police. This is the same principle.".

The Chinese Australian Forum has started an anti-racism petition on change.org under the heading 'Australians choose #UnityOverFear during COVID-19' whch has gathered more than 20,000 signatures since April9.

Georges River Councillor Nancy Liu said, "Despite the signees all coming from different industries and political backgrounds, they have come together to represent the broader Asian community.

"As my political mentor, I have great respect for Benjamin Chow, who is the one out of these sixteen prominent Chinese Australians who initiated and signed the Open Letter. I really appreciate that he shared his ideas and the great efforts that these people committed to the Open Letter.

"Any community that's taking serious actions and obeying the current social distancing rules deserves to be praised and acknowledged, especially the Chinese community.

"It is time to call for National Unity and a time for all Australians to come together during this period. I would like to echo these particular sentiments from the Open Letter: "Australians are being targeted because of their Asian heritage or appearance and we cannot allow this disturbing trend to continue unchallenged.

"We ask for fairness in our national debate, our media reporting and in our communities."

President of the 300-member strong Australian Chinese Medical Practitioners Society, Dr Zhen Zhang has written to the PM and NSW Premier Gladys Berejiklian expressing the society's strong support for the open letter raising concerns about the escalation of racial abuse and vilification towards Asian Australians.

"We believe that allowing these discriminatory attitudes to continue to grow greatly conflicts with the fundamental values that Australia strives to embody as a Nation," Dr Zhang said in his letter.

"Moreover, if the xenophobic sentiment were to continue, it will greatly threaten the safety and wellbeing of healthcare workers from various ethnic backgrounds, thus greatly affecting our Nation's ability to combat this pandemic.

"Fear and anxiety surrounding the coronavirus should not be used as an excuse for racist behavior. All Australians, in particular our leaders, must call out xenophobia wherever they see it. Racial abuse and vilification must not be tolerated.We need solidarity as a Nation to fight this crisis."

Dr Zhang, who is the superintendent at the Wesley Private Hospital at Kogarah, told The Leader that he had personally not experienced racial discrimnation as a clinician but had heard of other professionals of Asian background who had.

"These racial incidents and opinions really divert our society from the fight against the virus," Dr Zhang said.

"It is not good for our nation's health and particularly for our clinicians who have experienced racial discrimation it could potentially deter them from offering full-heartedly services to their patients.

"They are risking their lives to help the community.

"We see ourselves as Australians and we contribute to our patients welfare with no reservations."

The Society's Secretary General, Dr Clare Wong, a Consultant Obstetrician and Gynaecologist Advanced Laparoscopic Surgeon at Blacktown Hospital, said there had been stories in January of patients in hospitals in Victoria refusing to see doctors of Asian background.

"Fortunately I haven't observed it in our hospitals. I believe our common enemy is the virus. It is not people of different backgrounds," Dr Wong said.

"We recently donated masks to St George Hospital and another 100,000 masks have arrived from China which will be distributed to six hospitals."

The open letter to the Prime Minister in full states:

"We are deeply concerned that the recent rise in anti-Chinese sentiment is driving a marked escalation in racial abuse towards Asian Australians. This poses a serious threat to our national unity.

As Australians of Chinese heritage, we have been shocked by footage of the vilification of Asian Australians that has circulated globally across social media with many of the victims targeted because of their Asian appearance. These instances are not isolated. In February, the Australian Human Rights Commission reported that one in four people who lodged racial discrimination complaints in the past two months say they were targeted due to COVID-19.

Australians are being targeted because of their Asian heritage or appearance and we cannot allow this disturbing trend to continue unchallenged. We ask for fairness in our national debate, our media reporting and in our communities.

Chinese and other Asian Australians have been in Australia since the 1800s. They have helped to build this nation, fought for Australia in both World Wars and are deeply loyal citizens.

Australians of all backgrounds mobilised and donated generously to affected communities and firefighters during the recent bushfires. And as Australia now battles the virus facing a shortage of personal protective equipment, Chinese Australians have been sourcing and donating large quantities of medical supplies to Australia, alongside other generous organisations and individuals.

As we confront the COVID-19 pandemic, national unity is critical to our defence and recovery.

Whilst robust debate about the bilateral relationship between Australia and China is appropriate and important - especially in the context of the protection of our democratic institutions and values - it is essential that the distrust, disenfranchisement and vilification of Asian Australians not be tolerated at any level.

To allow abuse of any group to occur in our current crisis, jeopardises Australia's social cohesion at the time when we need it most. This is a time for all Australians to come together."