It's a moment etched into the minds of many Australians.

Kerryn McCann and Helen Cherono Koskei entering the Melbourne Cricket Ground side by side after more than 41 kilometres of running, with just 300 metres remaining.

Ultimately it was McCann who won the sprint to the line, the Wollongong runner surging home to take out her second Commonwealth Games marathon.

It was one of the moments of the Games, McCann, then a 38-year-old mother of two, showing grit and determination to defeat her rival in front of a raucous home crowd.

The victory was undoubtedly the Bulli product's career highlight, but it wasn't the only time she contested a championship marathon on Australian soil.

Six years earlier McCann featured at the 2000 Olympics in a race that helped lay the groundwork for that memorable moment in March 2006.

The runner's preparations for Sydney started back in 1996 when she returned home from the Atlanta Games.

The four-year period commenced with a break from the sport, McCann giving birth to oldest son Benton in 1997, before she embarked on a slow build towards 2000.

Training partner and fellow Kembla Joggers runner Murray Smith was alongside McCann for much of that journey.

"She had a very good prep for Sydney. To me, 1999-2000 were her best years as far as improvement and consistency.

"She held multiple Australian records, she still holds the Australian half marathon record, which she ran in January 2000. She was in blistering form leading into Sydney."

McCann arrived on the start line in North Sydney at the peak of her running prowess, having recorded a number of outstanding results leading up to the Sydney Games.

While she fell narrowly short of her goal of a top-10 finish, crossing the line in 11th, Smith said it was a proud moment for his training partner to race on the biggest stage in front of her friends and family. 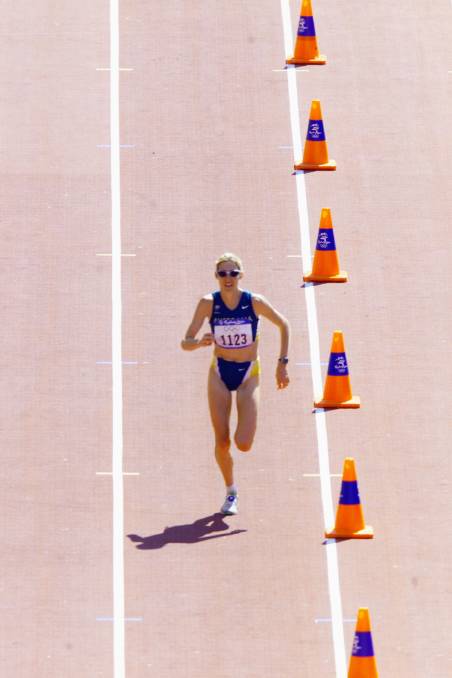 "She was very pleased with how the race went. She faded a little towards the end of the race, but being a championship event, it's all about places and putting it all on the line.

"Fast forward six years to Melbourne and we saw her putting it all on the line again. A lesser athlete would have faded long before the last 300.

"Tussling with another competitor, regardless of the pedigree, it was a measure of putting it out there for as long as she could."

McCann's run in the marathon at the Sydney Olympics triggered a groundswell of support from the Illawarra community.

Kembla Joggers earned the honour of manning a water station in Randwick, with many members making the trip north to cheer on their clubmate.

Life member and former president Neil Barnett remembers the months leading up to the event fondly.

"It was an exciting time for the club," Barnett said. "Kerryn was performing very well at the time, she had run in Atlanta and it was exciting for Kerryn to be racing in Australia.

"What was even more exciting was our club was responsible for the management of a drinks station, which meant we were right on the course and able to cheer Kerryn on from a metre away.

"Having a club member representing Australia was really exciting for the kids and gave them someone to look up to."

Unfortunately McCann isn't here to celebrate the upcoming 20th anniversary of the Sydney Games, having passed away due to breast cancer in December 2008.

Her death triggered an outpouring of emotion from the Illawarra and wider athletic community and Barnett said this was a testament to the person she was.

Always willing to give back to her club, McCann was a far cry from some of the athletes that compete today.

Just a week before the Sydney Olympics, McCann was at Kembla Joggers training, offering her support to club members. It was a routine she repeated in 2006, with the elite athlete fitting in seamlessly alongside the social runners.

"That was a feature of her," Barnett said. "She was just Kerryn. Humble, generous, no airs and graces, very down to earth and genuine.

"You wouldn't know she was an Olympian if you spoke to her.

"It was a very sad time after her death. She was stoic and brave in that battle with breast cancer. It was a heartfelt response from the club.

"Everyone was pretty devastated, particularly the kids. She was a role model to so many people in the athletics community, so it was a tough time." 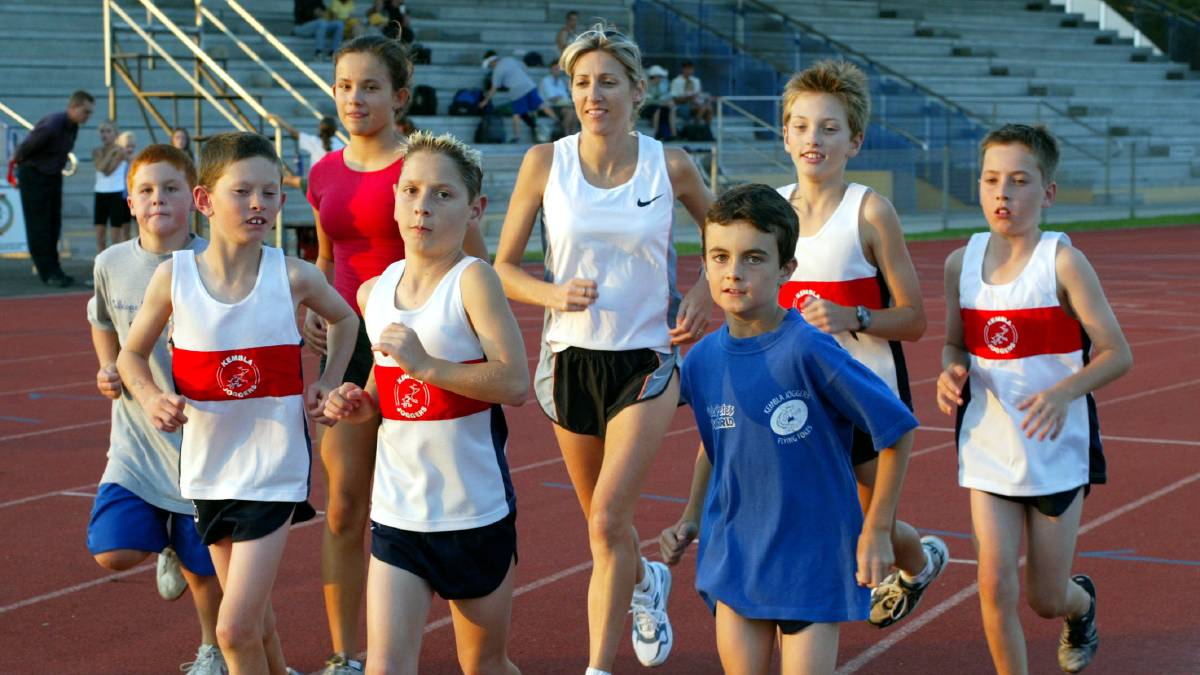 While McCann may have left us almost 12 years ago, the impact of her running career is still felt today.

The region's biggest fun run, the Kerryn McCann 10, is named after her, with funds raised donated to breast cancer research.

The three-time Olympian continues to hold a number of Kembla Joggers records and countless emerging athletes aspire to be like her.

Fellow Olympian Madeline Heiner recognises how fortunate she was to have crossed paths with McCann as a junior, the long-distance runner learning a number of valuable lessons from one of her heroes.

"There was a big age gap, so there was always that divide, but I always looked up to her," Heiner said.

"I remember running in a cross country relay with her for Kembla Joggers, that was great. She was an absolute idol for me. I was a good junior when she was at her prime, so I watched her career very closely.

"I remember winning an Illawarra women's sports award, the Kerryn McCann Award and her and her daughter gave me the award, that was very special.

"Even now, I still see how big a role she played in the wider athletics community and I've always aspired to be anything that she was."

While Heiner has carried the torch for female long-distance running in the Illawarra throughout the past six years, she is set to hand the baton on to emerging star Jessica Hull in the near future.

At 23 years old, Hull is just old enough to remember the aura that McCann held at Kembla Joggers.

While she didn't know her, the Albion Park product grew up understanding the path the Olympian had blazed.

As an athlete aspiring to reach the same peaks McCann scaled, albeit across shorter distances, Hull continues to draw inspiration from one of her idols.

"I would've liked to get to know her," Hull Said. "She ran for Kembla Joggers and I did as well as a junior, but I didn't know her.

"Even though I didn't know her, she was a big idol for me. Even now, watching her Commonwealth Games gold, I watch it once a month and it gives me goosebumps.

"Winning gold on her home track, that final 300 metres, it doesn't get better than that. You can't dream for any more than that.

"That race is somewhere I go if I need that little extra motivation and desire. Watching that final kilometre, the determination, she just said 'this is mine' and she didn't let it go. It is incredible."