Severe thunderstorms and showers are possible across much of NSW and the ACT this afternoon as a cold front moves through.

The Bureau of Meteorology has issued two severe thunderstorm warnings. 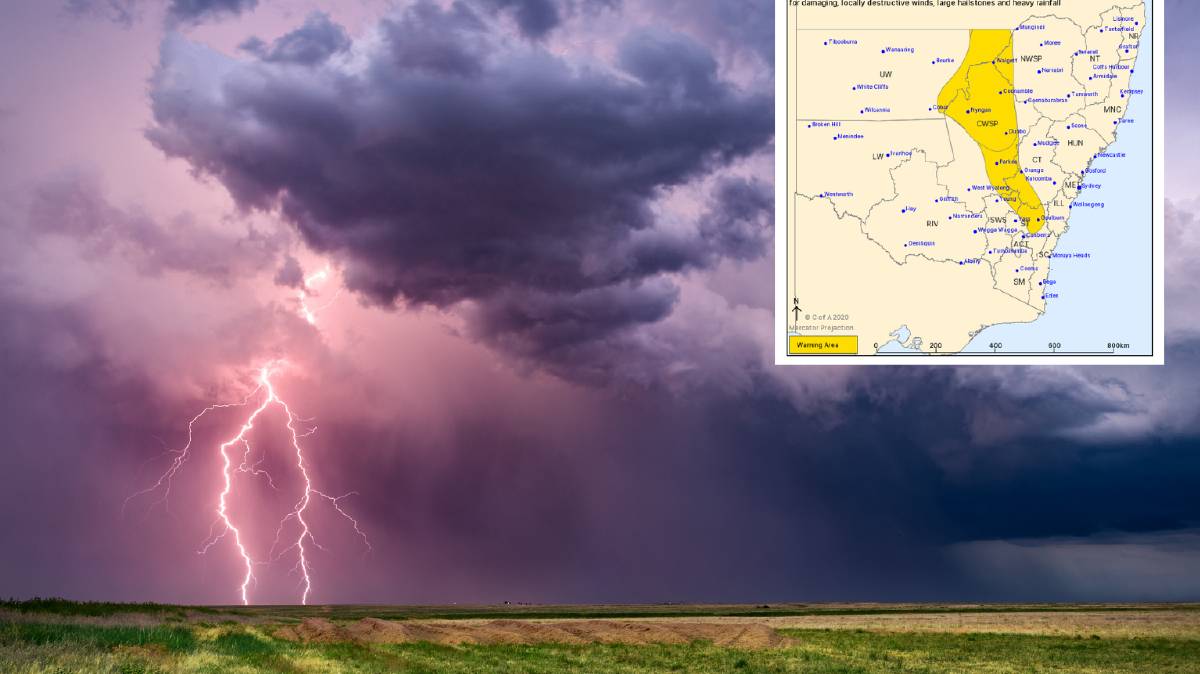 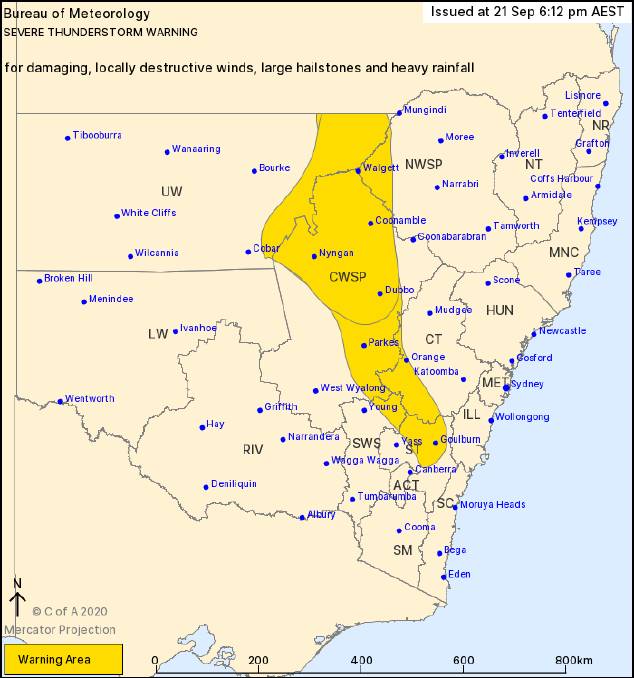 A wind gust of 96 km/h was reported at Cobar weather Station at around 3pm. 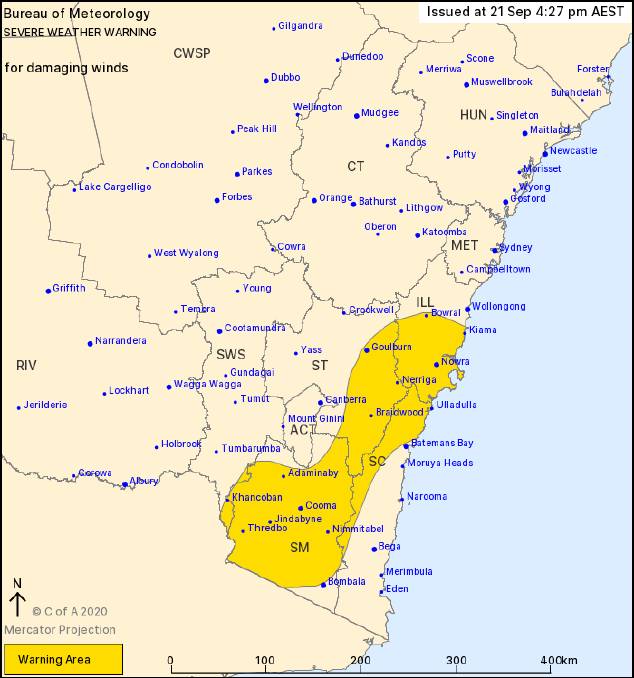 For the Snowy Mountains areas above 1900 metres: Damaging winds averaging 80 to 90 km/h, with gusts in excess of 110 km/h, are possible from Tuesday morning.

For areas below 1900 metres: Damaging winds averaging 60 to 70 km/h, with gusts in excess of 90 km/h, are possible during Tuesday afternoon.

Locations which may be affected include Nowra, Bowral, Braidwood, Goulburn, Cooma, Bredbo, Adaminaby, Nimmitabel and Khancoban.

The next warning is due to be issued by 9:15pm. Check the latest warnings here.

The 30 degree temperatures in Sydney on Monday are about 8-10 degrees above average for this time of year.

Across the weekend the best rain in four years fell across the Far West of NSW.

For those living on the South Australian-NSW border they had not seen flooding like it since 1997.

Broken Hill alone received half its rain of last year in just 20 minutes in one storm on Saturday - 36mm.

Widespread reports of 40mm came streaming in from many Western Division stations.