Aileen May was "A selfless woman. A leader. Loved by us all." Picture: NSW Touch Football

Female touch football players owe much to the ground-breaking efforts of Aileen May, who died on Friday at 73 after a long illness.

Ms May worked at the grass roots level of the Taren Point Touch Association for more than 40 years, while also becoming the first female president, and longest serving president, of NSW Touch Football.

She pioneered female participation from the early days of the sport in the 1970s and '80s when it was commonly seen as a game for men and boys.

Ms May is being remembered as "a champion of grass root members", "the heart and soul" of the Taren Point association and "always putting the sport and others first".

NSW Touch said, "Our sport, our community, and indeed our world has lost a beautiful soul and we are all a little poorer for that."

The Taren Point association said: "For over 40 years, Ails has been 'Taren Point Touch'. A selfless woman. A leader. Loved by us all."

It is with great sadness and an extremely heavy heart we advise the passing of the NSW Touch Association President Aileen May. Aileen has had a private battle with illness for some time now and passed in the early hours of this morning.

This is an extremely sad moment in our sport's history with our sitting President, our first female President, and our longest serving President losing her battle to illness.

The Board, the staff, our membership, and the wider touch footballing community are all deeply saddened by this news that our 26th Life Member is no longer with us.

Aileen May has been a champion of grass root members of the NSW Touch Association and has run, administered, and guided her beloved Taren Point Affiliate as their Administrator and President continuously for over 40 years. 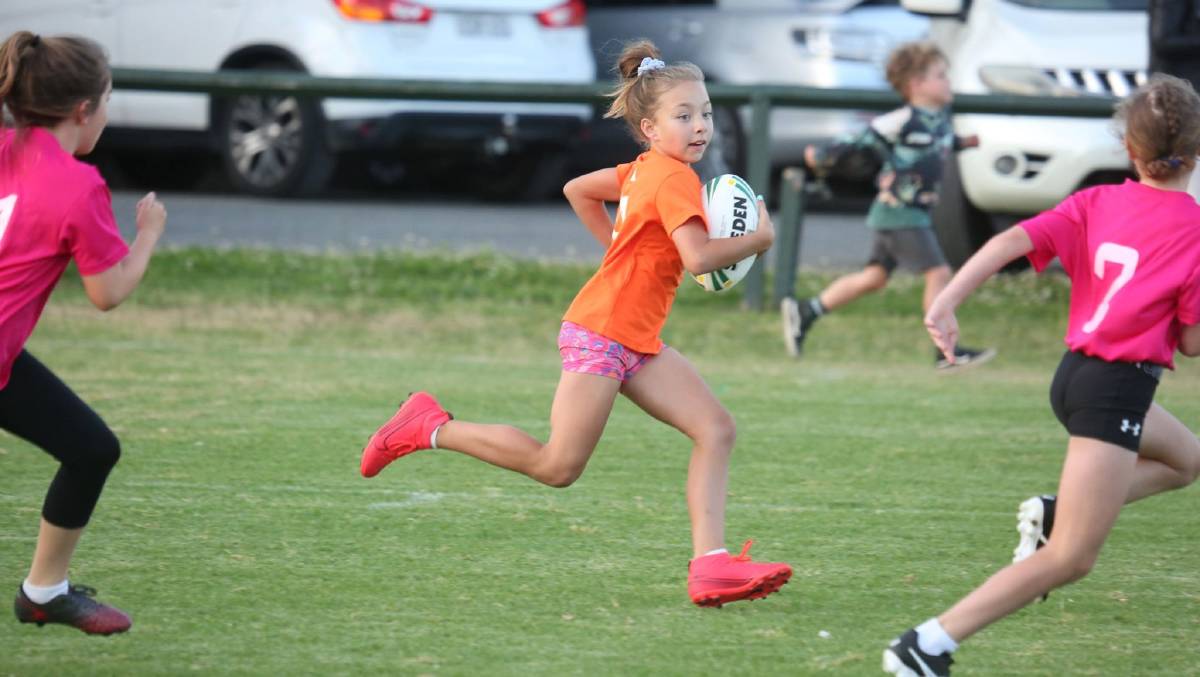 She was a pioneer of the women's game as a player in the early days of our sport, however, it was her role as an administrator where she really made her mark on our game.

Indeed, while we live in a time where women's sport is in focus, Aileen was setting the foundation for female involvement in the game as far back as the 1970s and 80s.

In her 40 years at park level, she has always maintained strong links to and supported the NSWTA ensuring that her club remained affiliated in a tough marketplace within the Sutherland Shire.

Her service at Taren Point TA has been rewarded by this affiliate with a Life Membership of the Association.

Indeed, she is and has been the heart and soul of the Affiliate.

We know all the local touch communities will be devastated at this particular time and our thoughts are with them all.

Aileen has also held roles at a Regional level in the previous Region 7 where she served as administrator for several years, supporting not just representative teams but looking to have the region forge strong links with local affiliates.

She always continued to support the regional concept, even when no longer holding official positions, and always looked to provide support and aid to the Sydney Rebels wherever possible.

At NSW Touch Association level Aileen has contributed enormously to two spheres of influence. Firstly, with State teams that she has managed or when acting as Tour Leader in 2004, 2006, 2008, 2012, 2014, and 2018. Critically her major contribution at state level has been her tenure on the Board of the NSWTA.

She was first enticed to run for a Board position in 2002 where she was elected by the members as Vice President.

Aileen's position as a Board member was always on a mantra of grassroots first.

A notion that has always remained foremost in her dealings and decisions at Board level throughout her tenure. Indeed, even in a conversation only last week with Aileen, although extremely ill, she still managed to steer our discussion to the importance of grassroots and our need to continue that focus.

Aileen was elected as President of the NSWTA, our first female President in 2010. She has served on the Board of the NSWTA for a period of consecutive 18 years.

It is clear and well known to the members of the Board who have served with her during this time, that she has never lost sight of the two key elements in her mind for leading this state.

Both the focus on grassroots touch football and continuing to look to grow the game she has always loved.

Over her time at Board level both as Vice President and then as President the Board has noted that Aileen has provided leadership to this organisation via a calm persona, diplomacy when required, but also a strong and forthright manner when needed and has led not just the Board but also the NSWTA in an outstanding manner.

Aileen has always been a private lady. Indeed, many of our membership were likely unaware of the battles that she has faced over the past few years.

This was not just her nature but in many ways her value and strength to this sport over many years. That is Aileen May always put the sport and others first.

She has never been involved for any measure of personal gain and her decision-making capacity was always valued on that premise, 'what is best for the sport'.

There are not many in our sport who can lay claim to the breadth and depth of service Aileen May has given to the NSWTA across all gambits of the game, as a player as an administrator, as a manager,and as a leader. A contribution that will be hard to emulate.

To John, Craig and Corrine, Brett and Lisa, Grant and Angela and "Ails" grandchildren, please know that our thoughts, love, and support are with you all at this time. Can we also say thank you.

"Thank you for allowing your wife, mum, and grandmother to be such a big part of our lives, for allowing us to be part of her family, and for giving Aileen the freedom to contribute so much to the sport that she loved.

"Our sport, our community, and indeed our world has lost a beautiful soul and we are all a little poorer for that."