The big city lights are on. Venues are back in business. Bernadette Chua takes a tour of the city's newly awakened highlights.

The Harbour City sparkles brighter than ever during summer. It's the perfect time to take a "Holiday Here This Year". The white sails of yachts dot the harbour, the jacarandas are in full bloom and the city emerges from winter with newfound energy.

The city is known for its fabulous beach culture. Whether you are looking to explore idyllic rockpools, learn to surf, kayak to inner-harbour beaches or take a stand-up paddleboard lesson, so much of Sydney life revolves around the water.

But past the sandy beaches, there are cultural food tours in the outer suburbs of Cabramatta and Auburn, high-end shopping in glamorous Paddington, and grungy places to drink and dine in Erskineville and Redfern. 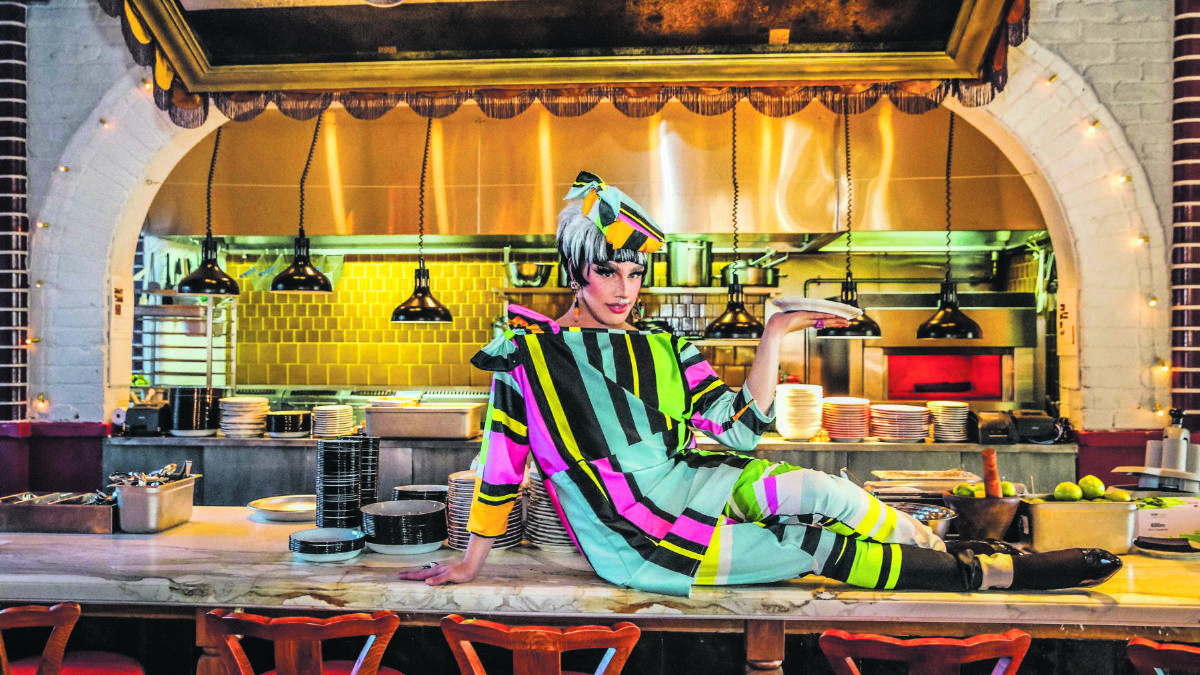 To start your city-stay, get acquainted and introduce yourself. If you want the best views of the city, it would be hard to beat those from atop the Sydney Harbour Bridge. BridgeClimb recently launched a new trek; for the first time visitors can conquer the entire bridge from south to north, and back again. The sweeping views of the city are best taken in at sunrise or sunset.

Or there are a number of high-end restaurants on the water, including Bondi's Icebergs Dining Room and Bar, where you can enjoy an Aperol spritz and take your Instagram pic of the famous pool. Or perhaps, visit Peter Gilmore's Quay in the heart of The Rocks - the fine diner is still one of Australia's best restaurants.

But further afield, Sydney's diverse dining scene is a result of its multicultural community. Cabramatta boasts the best Vietnamese cuisine, established when the community settled in the area in the '70s. Here, Asian grocers, noodle houses and fabric stores line John Street, the main eating boulevard which buzzes on the weekend.

Moving closer towards the city, the inner suburbs of Newtown, Chippendale, Redfern and Surry Hills have undergone major gentrification, with hatted restaurants and small bars popping up everywhere.

Hidden in the backstreets of Chippendale is Ester, a favourite with Sydney's top chefs for Sunday lunch. The 45-seat restaurant has undergone several reinventions. Owner Mat Lindsay relies on seasonal, local produce and his trusty wood-fired oven. Diners will often find classics such as his baked cauliflower with almond cream and buttery, roasted prawns. Just one suburb over in Surry Hills, Lennox Hastie, the star of Netflix's Chef's Table: BBQ, opened his Firedoor restaurant - and is reinventing how Australians feel about barbecuing. The moodily lit eatery with its cool and elegant decor focuses on one thing - the open kitchen with roaring fire. Chef Hastie focuses on Australian ingredients, like crabs from the depths of the Daintree Rainforest, that work best when cooking with fire.

If a post-dinner tipple is on the cards, the changing face of Sydney's nightlife has welcomed small wine bars, breweries and refurbished pubs. In the city, newcomer Maybe Sammy made it on to The World's 50 Best Bars list. The cocktail bar in The Rocks serves classics named after members of The Rat Pack. The pink banquettes, flamingo wallpaper and gold finishes will make you feel like you're back in the roaring '50s. You can't beat the view from the BridgeClimb.

For something a little more intimate, Cantina OK seats only eight people and also made it on to the 50 Best Bars list. By day, you would never suspect the laneway behind the Queen Victoria Building is home to a mezcal bar. But by 5pm, the green garage door is up, and the bartenders are mixing cocktails with mezcal sourced from villages in Mexico.

And for something that's a little bit different, the Imperial Hotel in Erskineville is now one of the premier places in Sydney for drag shows. Book a night at "Rood Food" to see some of the best queens perform while you dine on raunchily titled dishes. 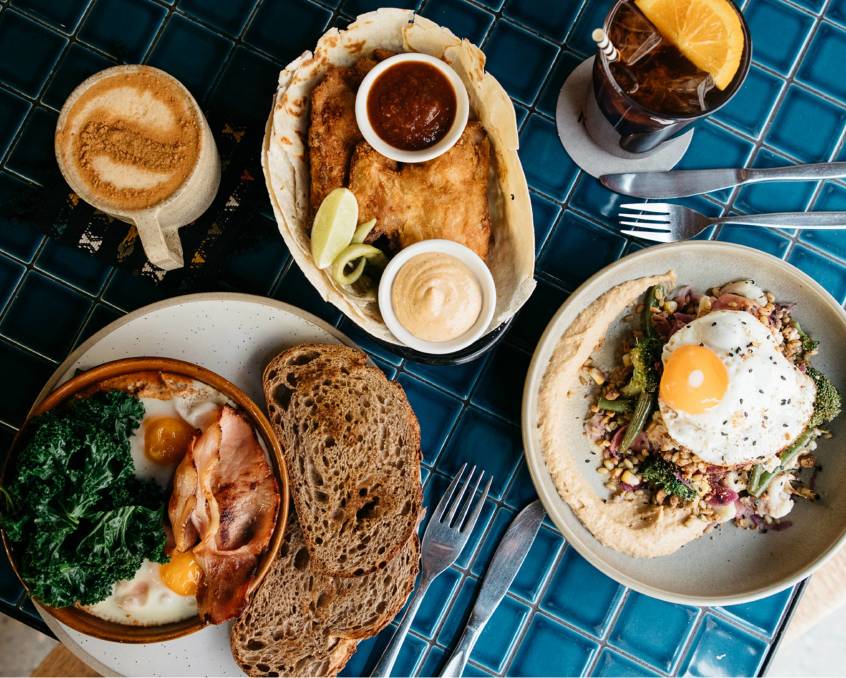 Brunch is often the most important meal for Sydneysiders - locals will be spilling onto the streets as they wait for a table. If you see a line, you know the coffee is good.

Reuben Hills on Albion Street in Surry Hills is an institution. The cold brew or iced latte is perfect for a summer's day. The huevos divorciados (fried eggs, salsa, charro beans and smoked cheese on tostadas) is a filling breakfast before a day of exploring. Morning is the best time for activities on the harbour, particularly kayaking to hidden beaches with Sydney Harbour Kayaks. Or perhaps try stand-up paddleboarding at Rose Bay, where the water is shallow and calm, perfect for beginners.

Sydney also boasts some of the best surf beaches, despite its proximity to the city. Before you tackle the rolling waves at Tamarama or Cronulla, pick up some surfing tips with a lesson at Bondi's Lets Go Surfing.

The city also boasts some brilliant walking tracks, particularly along the coast. Further north towards Palm Beach, trek the Barrenjoey Lighthouse Walk where you get 360-degree views from the top of the headland. The three-kilometre return track leads you to the heritage lighthouse and the lighthouse keeper's cottages. 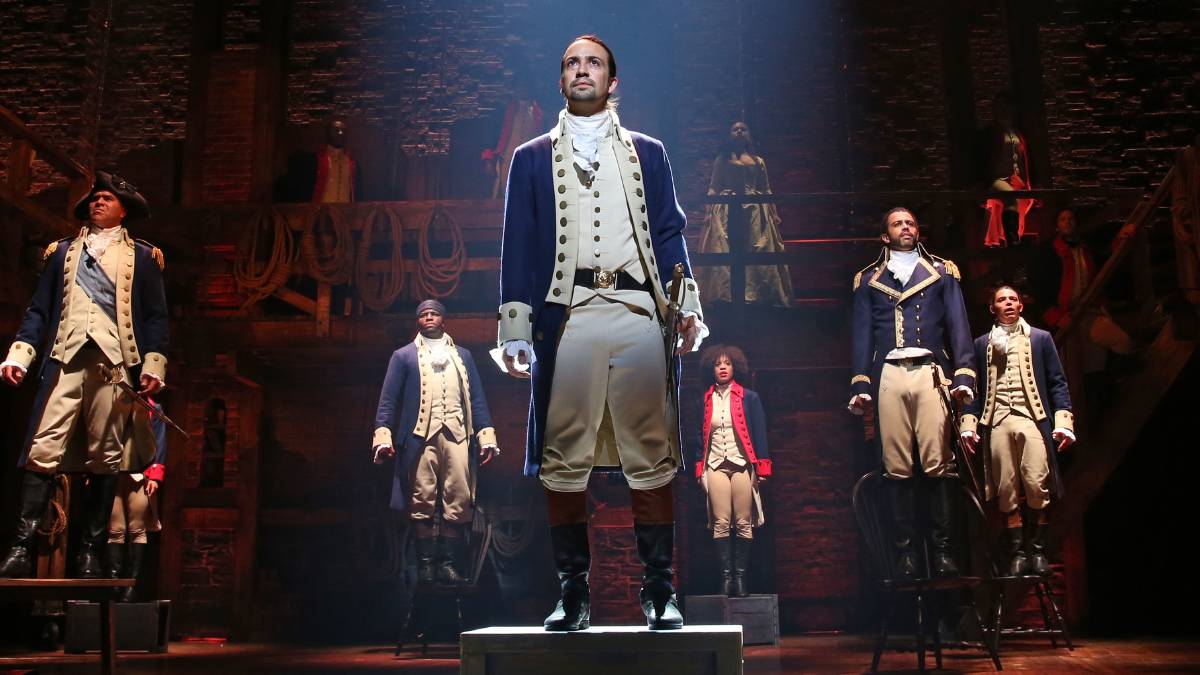 There are also lovely Aboriginal heritage tours of Sydney Royal Botanic Garden and Ku-ring-gai Chase National Park. And a favourite inner-city escape is a stroll around Paddington Reservoir Gardens.

For musical lovers, some big productions have already started. Pippin, from Tony Award-winning lyricist Stephen Schwartz, has begun its exclusive season at the Sydney Lyric theatre. And one of the most anticipated arrivals of 2021 is Hamilton, the Grammy, Tony and Pulitzer-winning musical. It tells the story of American founding father Alexander Hamilton, and has received accolades for its sung and rapped-through music. It premieres at Sydney Lyric Theatre in March.

For high-end shopping, Glenmore Road in Paddington is home to designers like the flirty and floral Zimmermann, structural and classic Camilla and Marc, as well as the upmarket wardrobe essentials specialist, Bassike. Newtown is home to lovely vintage clothing and furniture stores. U-Turn has special one-of-a-kind designs and Cream on King specialises in refashioning clothes out of old and recycled material. Back in the CBD, new hotels are continuously opening and there's a range of accommodation to suit all budgets. The cool and quirky QT Sydney in the old Gowings department store building is whimsical and fun. The location also can't be beaten.

But if you're looking for views, the new five-star Wildlife Retreat at Taronga has a wonderful outlook over the city skyline, juxtaposed with majestic African giraffes.

If you're an interstate, intrastate or even a local, the many faces of Sydney will keep you guessing - and wanting more of what she has to offer. This is the time to 'Love Sydney'.

Drive: Sydney is about three hours' drive from Canberra and about two hours from Newcastle. If you're travelling from Bathurst, it is about a three-hour drive.

Fly: A flight from Dubbo to Sydney costs about $375 with Qantas.

Stay: Sydney has a range of hotels for every budget. The Travelodge Hotel Sydney costs from $159 per night; Crowne Plaza Sydney Darling Harbour from $259 per night; Oaks Sydney Goldsbrough Suites from $215.