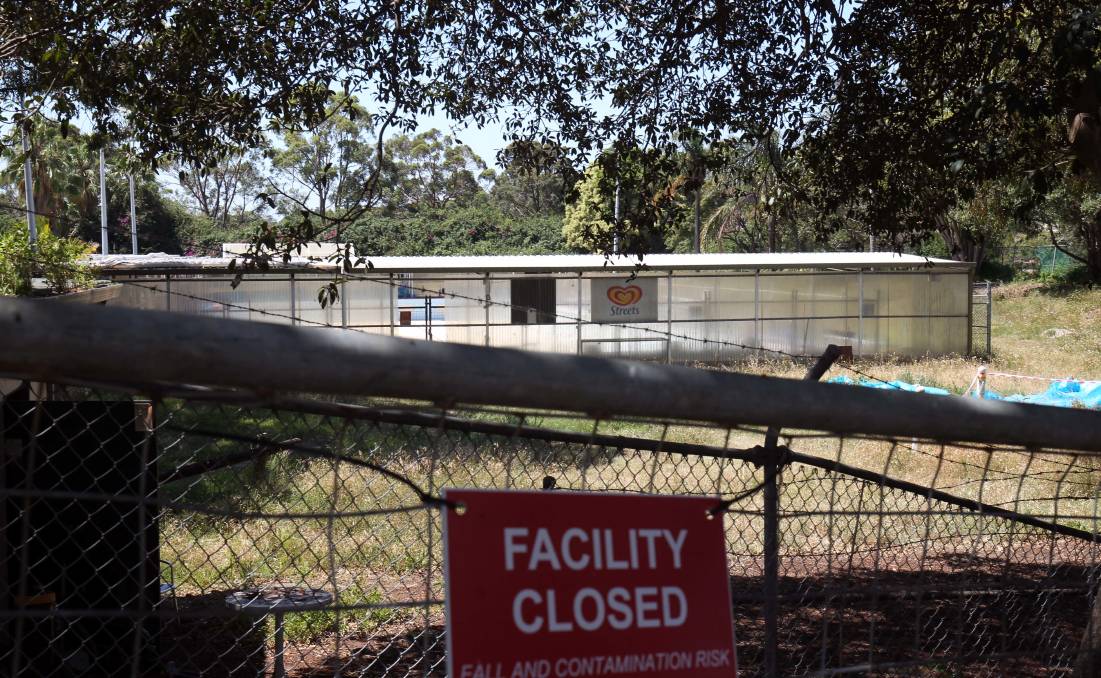 Kogarah MP Chris Minns has called for the current development application for the demolition of the Kogarah War Memorial Pool at Carss Park to be withdrawn or refused.

A new DA is needed to secure the safety and security of the site, Mr Minns said in his submission to Georges River Council on its development application to demolish the pool and remediate the site to open space.

"This DA effectively prohibits the establishment of a new aquatic facility on the site," Mr Minns said..

"It is economically irresponsible to commit $7.5 million of ratepayer's money on this DA when the final use for the site is yet to be determined.

"Council is currently undertaking technical studies into the establishment of an aquatic facility on the site at Carss Park, so this DA pre-empts the outcome of this process.

"It is important to note the current Council is a 'caretaker' body, as elections were delayed for 12 months due to COVID-19. Council elections are now due in 2021 and the future of this site is likely to be a strongly contested issue. A probable outcome of the election is that the future council will approve a new aquatic centre on this site.

"This is an extremely controversial proposal. More than 10,000 residents have signed petitions calling for the retention of a pool on the site. And more than 2,400 have signed a pledge to save a pool at Carss Park as well as opposing a regional aquatic centre on Todd Park.

"Nothing should be done which precludes an alternative future use as an aquatic centre. GRC needs to develop an alternative approach to this site in the following stages:

Stage 1: Secure the site and make it safe.

"The current facility needs to be demolished and removed to ensure the site is safe and to resolve any liability issues. However, I have been informed that this does not require $5 million dollars be spent on excavating a couple of metres of contaminated soil and that alternative options can be designed for a fraction of the cost.

"An alternative and more cost-effective means of stabilising the site should be developed. For example, securing the site could involve demolition of the existing pool structures, backfilling the pool,installing a geotextile separation layer over the site, covering with a clean soil capping layer, and fencing the area with appropriate warning signs.

"I am advised the cost of this approach would be in the vicinity of $300,000 to $350,000. Council should immediately explore this and other more cost-effective engineering solutions to secure the safety of the site in a way which does not preclude its future use as an aquatic centre.

"COVID-19 means population growth will be more than 20 per cent lower than predicted by the year 2040. This means the population assumptions underpinning the second regional aquatic centre are wrong.

"New research indicates there will now only be 29,141 additional residents in the local Government area by 2040. So the proposal for a second regional aquatic centre serving a population of 150,000 is now woefully out-of-date.

"There is no justification for a regional aquatic centre, so the feasibility study to explore locating one at Todd Park should be abandoned immediately. The impact of COVID-19 means it is a waste of ratepayer's money.

"Net overseas migration has plummeted to zero and given the growth in the number of cases overseas, is likely to stay at zero for the foreseeable future.

"GRC needs to go back to the drawing board and develop a new aquatic centre strategy based on this changed reality. It can no longer rely population projections based on 2016

"The starting point for the new strategy is the creation of a new local aquatic centre on the site of the existing Carss Park Pool site, taking advantage of the $5 million in funding promised by the Prime Minister. The new strategy should also include an aquatic centre incorporated into the development of Kogarah Jubilee Park.

"This DA should be refused because it will allocate $7.5 million to put turf on what is likely to be the location of a new aquatic centre.

"A regional aquatic centre is estimated to cost more than $60 million to build - $1,100 for every household in the local government area.

"Given the economic impact of COVID-19, this is a folly GRC cannot afford and is likely to require a massive increase in rates by a future Council.

"These actions are to ensure Council's financial position does not further deteriorate from potential impacts of COVID-19.

"Taking on the additional expenditure and commitment to fund a regional aquatic centre would be economically irresponsible.

"The current DA should be withdrawn or refused. GRC needs to explore a more cost-effective engineering and design solution that can secure the safety of the site without precluding its future use as an aquatic centre.

"A new DA to secure the safety and security of the site needs to be developed urgently.

"GRC needs to completely review its current aquatic centre strategy and abandon its plan for a regional aquatic centre, giving the demographic and economic impact of COVID-19.

"This new strategy must be based on locating an aquatic facility of a size that suits the location at Carss Park, with the potential for another aquatic centre to be located as part of a future redevelopment of Kogarah Jubilee Park."