"The movie is a cautionary tale of sorts. My husband and I ... both come from this kind of background," said writer, director, producer and star of A Place Among the Dead, Juliet Landau.

Known for her portrayal of Drusilla in Buffy the Vampire Slayer and Angel, Landau is currently joining fans across the world for live Q&A's, interactive Zoom chats and quiz after a screening of her new film. 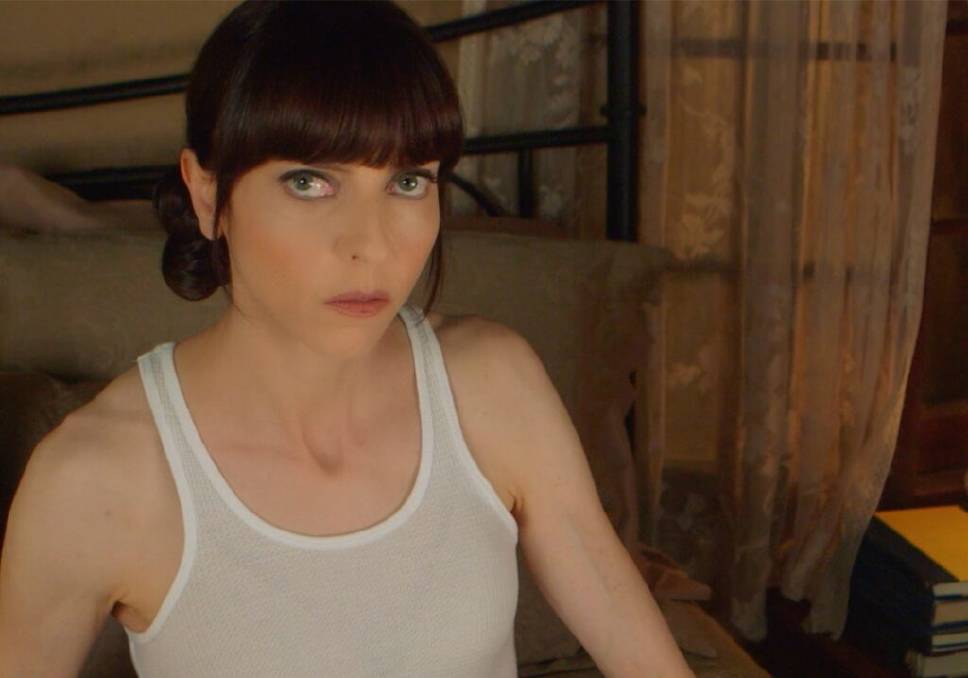 Juliet Landau is joining fans across the world for interactive virtual screenings of her film A Place Among the Dead.

Supanova Popculture Industries has joined forces with Modern Films to present this virtual experience for Australians, with a screening to be held on Saturday, February 13.

A Place Among the Dead is a revealing and terrifying exploration of our fascination with vampires, starring Landau, Gary Oldman, Ron Perlman, Robert Patrick, Lance Henrikson, Joss Whedon, Anne Rice and more.

Landau said that the movie explores the repercussions of growing up under the sway of narcissism and evil.

"I play an alter-ego version of myself, as do all the other actors," she said. "I chose to make the movie searingly personal. You know what they say, the more personal the more universal.

"I wanted to invite the viewer to become the participant, to have a visceral and an emotional experience, to reflect on their own lives.

"We made the movie to be compelling and also to give voice to what has affected many and to open up a dialogue, which is exactly what has been happening at all of our interactive virtual screening events. It's just been so profound and powerful."

Landau has had an extensive career in film and television, from a supporting role in Tim Burton's 1994 film Ed Wood, to playing Drusilla, onto more recent recurring roles as Cordelia in TNT's Claws and Rita Tedesco in Amazon's Bosch.

Despite the broad body of work, she has frequently returned to the vampire genre throughout her career.

Landau said that she chose the vampire genre for A Place Among the Dead for a number of reasons.

"First of all to make an entertaining movie," she said. "But also to lull the audience into a sense of safety, to explore unsafe and radical ideas.

"It was a way to bring in my history and a lot of the other actors histories.

"But mostly, because I thought the vampire was the perfect metaphor for the ultimate narcissist."

Landau said that it was interesting in how she managed to balance all of the film's elements and the blend of genres she uniquely used.

"The movie is entirely scripted but it is a meld of fact, fiction and the fantastical," she said.

"We felt like it would be the most affecting way to tell this story, to do this blend, to blur the lines of reality the way that we have.

Landau said that what she has found to be amazing so far at all of the interactive events with people from all over the world, is the amount of people who have related to the film.

"Whether it's familial, like we're talking about in the movie," she said. "Or an ex-boyfriend, an ex-girlfriend, a spouse, a boss, a coworker, a friend, a relative, our world leaders.

"What ends up happening is people start saying 'Oh my god! The traits are so much the same, it's as if we are describing one person'."

This is Landau's feature film directorial debut, which she also co-wrote and co-produced with her husband Deverill Weekes, and she found it to be a lot of work, being both in front of and behind the camera.

"We raised the finances and we did all of the pre-production work," she said. "On set you're switching between being subjective and being objective constantly.

"Being cerebral and making choices about the whole thing, and then being intuitive and emotional in terms of acting. It's definitely a roller-coaster ride of a movie and a role, but I really loved it.

"It's so incredible to have an ember of an idea and then to carry it all the way to it's fruition, and then to be at this phase, sharing it with the world."

When asked if her previous experience with directing documentaries helped create an authenticity to certain scenes and aspects of the film, Landau said she hoped so.

"Maybe that's why a lot of people feel that the faux interviews are not scripted, but they are," she said. "So, potentially that's part of it. 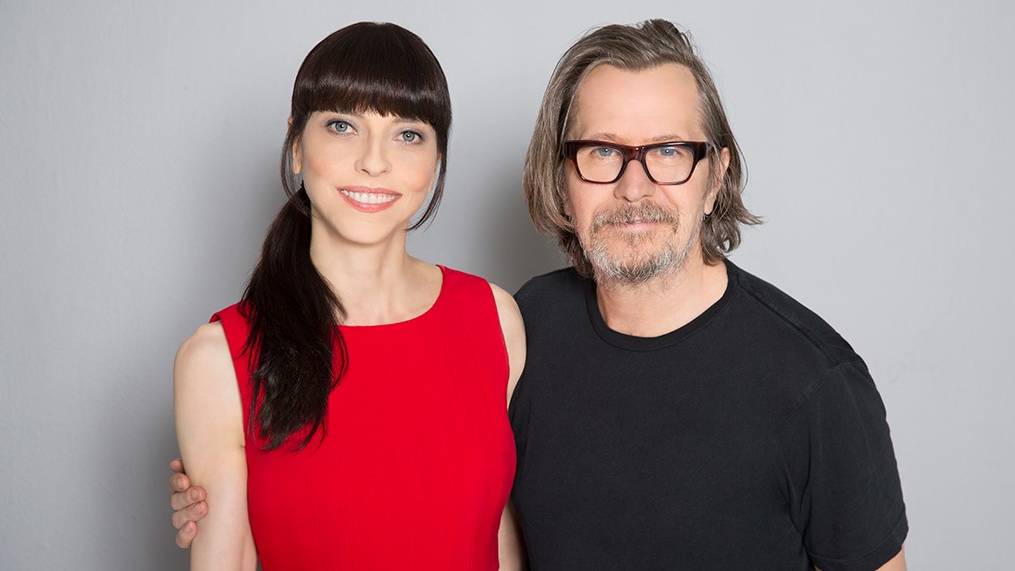 Having a background in dance has provided Landau with the ability to better portray the different physicality of each character she works on.

She said her husband questioned where her walk for Rita Tedesco in Bosch came from, and that Drusilla moves in her own fashion, but that it was interesting trying to play an alter-ego of herself.

"I was trying to bring as much of myself as possible to the role but there are differences," she said.

"And what they enjoy is finding more and more factual elements in the movie and picking out Easter eggs, because there are plenty."

Landau said that despite Gary Oldman saying that "he felt he was the most like himself on film that he's ever seen before and that his essence was really captured", she had funny moments with between takes where he was concerned he wasn't playing himself well enough.

"I was talking to him about how he was moving and stuff like that," she said. "He kept asking me between takes 'Does this feel real? Does it feel like me?', and I'd say, 'Yeah Gary, it's great, it's fantastic'.

"He'd still ask 'But does it feel spontaneous? Does it feel unscripted?', I'd say 'Yeah, yeah it's great'. And he'd go 'But you know me, does it feel like it's coming across?'.

"And he'd just keep asking and I was like 'Gary, you know I think you just have this acting thing down'. But that's what makes him so good, that he still cares to that level and he just wants to make sure.

"It's an interesting thing when you're playing a fictionalised version of yourself to find that level and he was hoping that we were striking it, which we were because he was masterful."

Landau and her husband also created an interesting series called the Undead Series, that is described by the creators as: "Think Jerry Seinfeld's Comedians in Cars Getting Coffee - This is Vampires in Coffins Getting Blood".

"It is the only series ever that gathers the whose who of the genre in one place," said Landau. "All of the people who worked with us on A Place Among the Dead came back to work with us again, plus Tim Burton, Willem Dafoe and many others.

"Each episode is 20 minutes. I am the host and interviewer and it has inter-cut footage. It's completely different in tone form A Place Among the Dead. It's a riot, really.

"People give over themselves and talk in ways that I've never seen before in interviews.

Landau said that it was really special and that she looked forward to signing important paperwork for the series shortly.

"It's really funny. I think with many of the people ... there's something in the conversations that get very relaxed and open," she said.

"We kind of use the vampire genre as a jumping off point so they also talk about their creative processes, childhoods, all different kinds of things and take us on a journey.

"I think it's really like a conversation that has a relaxed atmosphere. I can't tell you how many different people said 'oh my god I've never thought of that before', or 'I've never told that story before', or they will start laughing while we're talking. It's really unusual in that way." 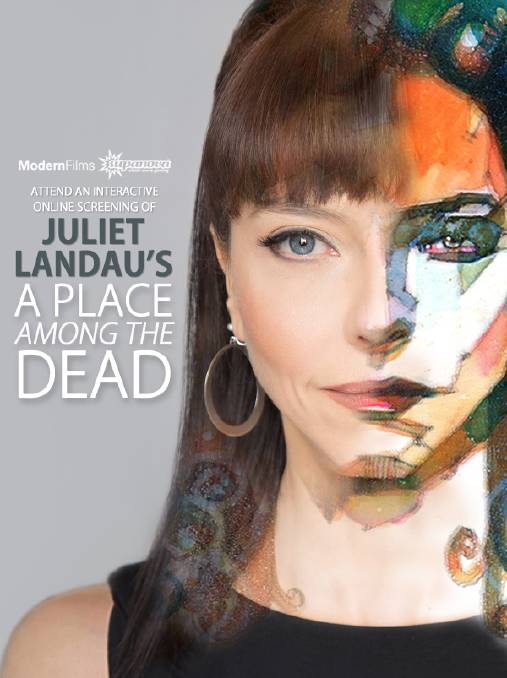 Juliet Landau's A Place Among the Dead.

Like most films at the moment, A Place Among the Dead hasn't escaped COVID-19 and that's why they have been holding these interactive virtual screenings.

"The entire audience has stayed every time to talk and the talks have lasted four hours each time," she said.

They found it to be a wild time as they just finished colour correction and sound mixing one week before lock-down.

"We actually did some test screenings in person and had the same thing happen where people stayed for hours and hours to talk about the movie, and then share incredibly personal stories.

"We were going to be in theatres and then adjusted to be doing the interactive screenings in this way.

"It's so profound and powerful and exciting. So, we decided to keep that going for a while before we open worldwide and go onto the streamers, and all of the traditional windows that will be happening.

"But we made this movie to have a discussion so to be able to watch this movie together and then talk about it, there's nothing like that."

The screening for A Place Among the Dead will start at 12pm Sydney time, with the film Q&A to start at 1:30pm, followed by the cast and crew zoom chat at 2:30pm.

Tickets are available from purchase.growtix.com/eh/Supanova_Screening.