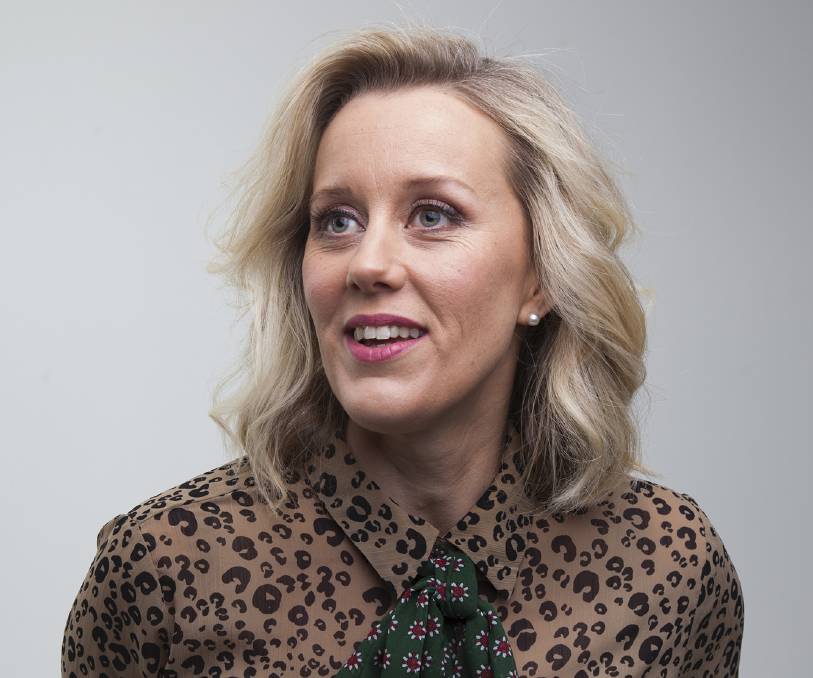 It's kind of awkward telling Claire Hooper I developed something of a girl crush on her over the past year. Locked down - with way too much flour, butter and sugar in the house - I turned to The Great Australian Bake Off for solace.

It was the perfect antidote, a reality television show where people actually got on, where there were laughs and tears but no drama, and cakes, so many cakes.

There were a couple of seasons on Foxtel on Demand, and I hit up YouTube and scoured the web for any little crumb I could find.

And there was Hooper, hosting alongside fellow comedian Mel Buttle, the pair of them keeping judges Matt Moran and Maggie Beer, and the contestants, on their toes, their witty banter the proverbial icing on the cake.

"A girl crush ... my goodness, that's excellent," she stutters down the phone from her lounge room in Melbourne, not quite sure what direction this interview is going to take.

"Actually," she pauses and thinks, "one of my best friends recently told me she started watching Bake Off during lockdown, which was lovely, but weird as well, we've been mates for years and years, and all of a sudden she's kind of looking at me like I'm really special or something ... and I go, I was always special, you just weren't watching." 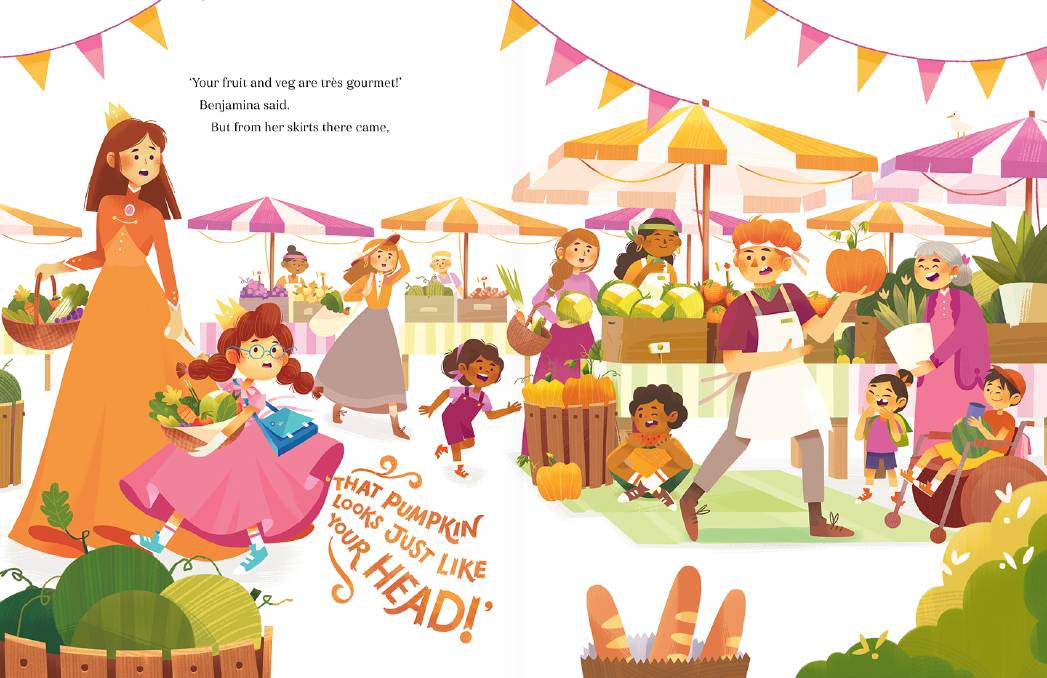 Hooper is a little special, an intelligent, genuinely funny woman, who's whip smart, a little self-deprecating, the kind of woman who would be fun to meet at the school gate, and share an occasional wine with while you were making cakes together ... (again, without being too creepy, I'm sure we would be the best of friends).

After graduating from Perth's Curtin University with a degree in theatre studies, Hooper got her start in comedy in 2004, winning the West Australian finals of Triple J's Raw Comedy.

In 2005 she made her debut at the Melbourne International Comedy Festival and was awarded best and fairest at the National Improvisation Championships in Sydney.

Things took a turn in 2006, she was diagnosed with a serious health problem, a goitre on her neck, and it got her to thinking about what she'd ever do if she lost her voice.

So she turned it into a show, Oh, a one-hour performance where she didn't speak and instead communicated via audio, videos, handwritten signs, breakdancing and mime, and it won her best newcomer at the Melbourne International Comedy Festival that year. 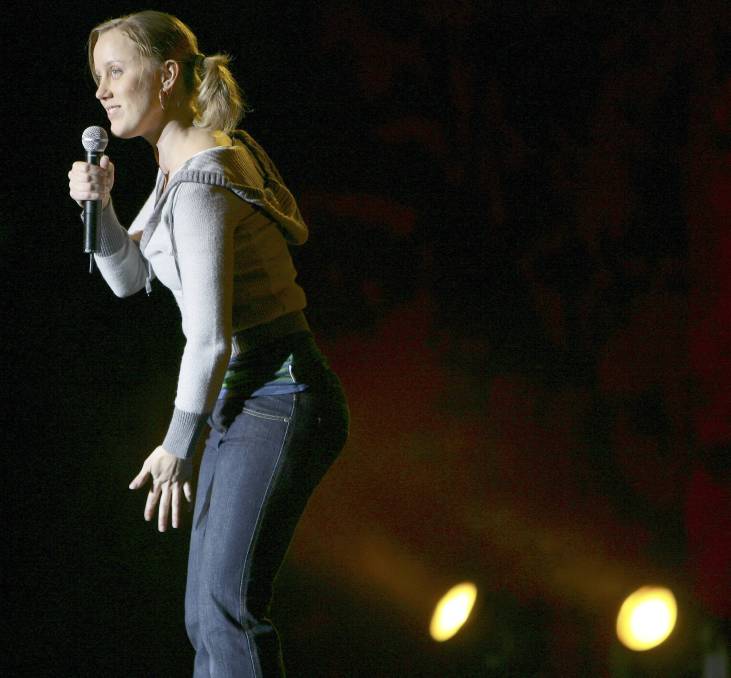 "I never thought comedy would be an actual career," she says.

"Whenever I was in school, if we had to do a presentation in high school or something, I would always do a silly one.

"At university I started off doing occupational therapy, I was determined to capitalise on the fact that I was academically strong, like I'm going to do something sensible and worthwhile.

"And it only lasted a year, I flipped over to arts and studied theatre and then once I got out of theatre, I just kept moving.

"I started doing children's theatre, a bit of improv, and the circles I was moving in seemed to contain more and more comedians.

"And then I started doing stand up and it was all very exciting, every time I discovered a new art form it was an absolute thrill.

"And stand up stuck, not because it was the favourite thing that I did, although I love it very much, but more because I guess just discovering you can do something that not many people can was great.

"So to discover that you can do that and quite enjoy it, it's just very energising, it makes you feel really special, so I kept pursuing it."

Her move to television started with Good News Week, sharing a set with Paul McDermott and Mikey Robbins and regular stints on Rove. 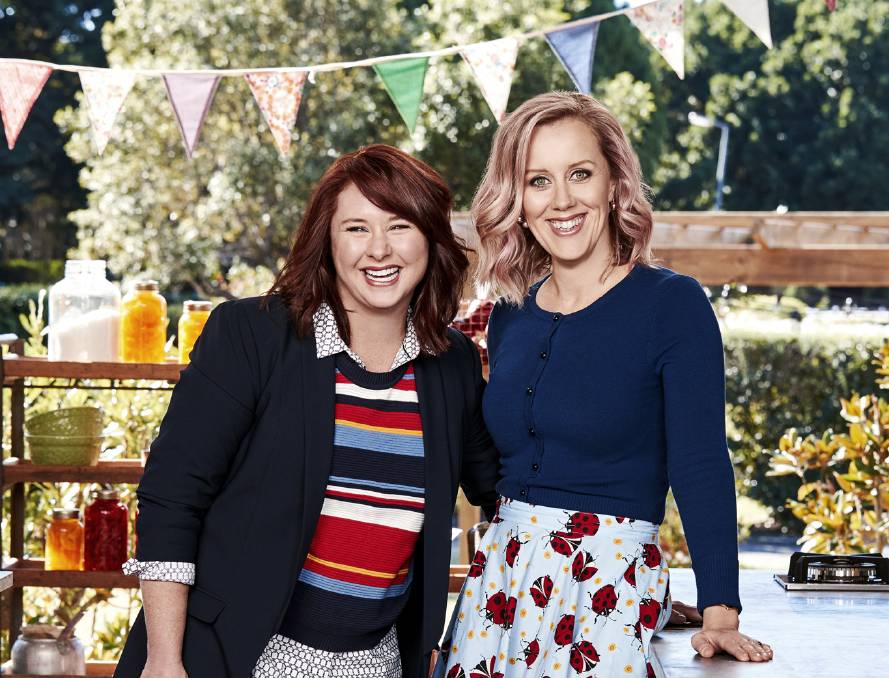 In 2015 she landed the Bake Off job - (since our interview there are rumours of a move to Channel Seven) and just this year she landed a regular co-hosting role on Channel Ten's The Project.

"I mean you can also just be really good at writing books and not have to go the circuitous route via stand up and then radio and then TV, I really went the long way round."

Which brings us to the reason we're chatting today.

With illustrations from Jackie Nguyen, the children's book tells the story of a little princess whose backside has a life of its own.

"The funny thing is it's an idea I actually had on the Bake Off set," she says.

"I was killing time watching Great British Bake Off and there was a contestant called Benjamina. I knew nothing about her personality or existence but I just liked the rhythm of the name Benjamina."

(For the record, the contestant was Benjamima Ebuehi who made the quarterfinals of the 2016 season of GBBO. I got to know her quite well also, she was a little sassy and I think she would like a cheeky princess being named after her. Check out her food blog at carrotandcrumb.com.)

"There's an awful lot of downtime on set, I have all sorts of ideas, so I jotted down the first two lines on my phone and never thought about it again."

About a year later, she had a month where she didn't have much work on so she decided to give the book a go.

"I've always wanted to write a children's book and because I have two little girls now, I read so many books, and you actually start to really know what you love and what you hate.

"There are the books that you are furious to have to read again and then there are the ones that they can pull down for every single bedtime and you'll happily read them again, because there's something about them that resonates for you.

"If they have beautiful illustrations and beautiful lines and the protagonists have really redeeming characteristics, it's such a treat.

"Basically what I'm saying is when I read my daughters stories, I'm reading them to me, and my daughters are welcome to be there if they like.

"When you find a book that you really love reading to your family, it just feels like such a special part of your relationship with them."

Her daughters Penny and Sylvia are seven and five, they've given their tick of approval to the book.

Halfway through the interview the girls interrupt her because they're having trouble with the remote control for the television. Penny apologises, mum fixes it. Order is restored.

Hooper says comedy has worked well as she balances work and home life.

"It's a little of both, a lot of my work is evenings, so I am available during the day for the kids, to do school pick up and things, there's a bit of flexibility. I do a lot of writing for my routines while the girls are at school as well, so I'm present when I'm with them.

"On the down side there's a lot of travel, but as a comedian you're in control of that. If you really don't want to do something you don't have to. There have been some sacrifices but any working parent knows about those."

It gets awkward again when I ask Hooper why stories about bums (and poos and farts and various toilet-type humour) are always popular with kids. 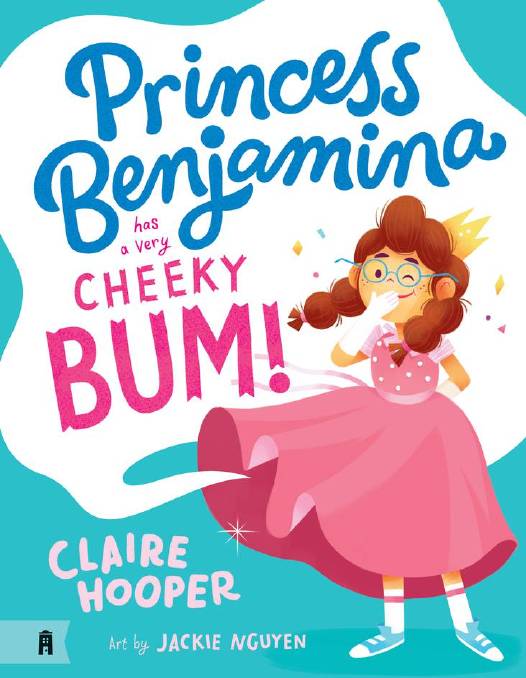 Kaz Cooke wrote a book in 2001, The Terrible Underpants, which was on high rotation with my own children; Wolf Erlbruch's fabulous book The Story of the Little Mole Who Knew It Was None of His Business is worth searching out too; Anh Do's What Do They Do With All the Poo from All the Animals at the Zoo is rather educational in a perverse kind of way.

"Okay, this conversation is going there?" she says. Yep.

"There's this thing in comedy, comedy is all about a subject where there's a little bit of tension but everything is going to be alright.

"You don't want someone in genuine danger but then someone in no danger is not at all interesting.

"The danger of a bum is that it's just a little bit naughty and inappropriate, you're not meant to see them, you're not meant to hear from them, or smell them, but the stakes are low enough that you can laugh about it without being genuinely afraid of what's going to happen. My girls love a good bum joke too, they always get a laugh."

Does that thinking transfer into comedy for adults?

"Bum jokes can still be funny for adults, if you get it right," she says.

"There's this thing in comedy called benign violations, basically the way things are meant to be is violated but no harm is done. 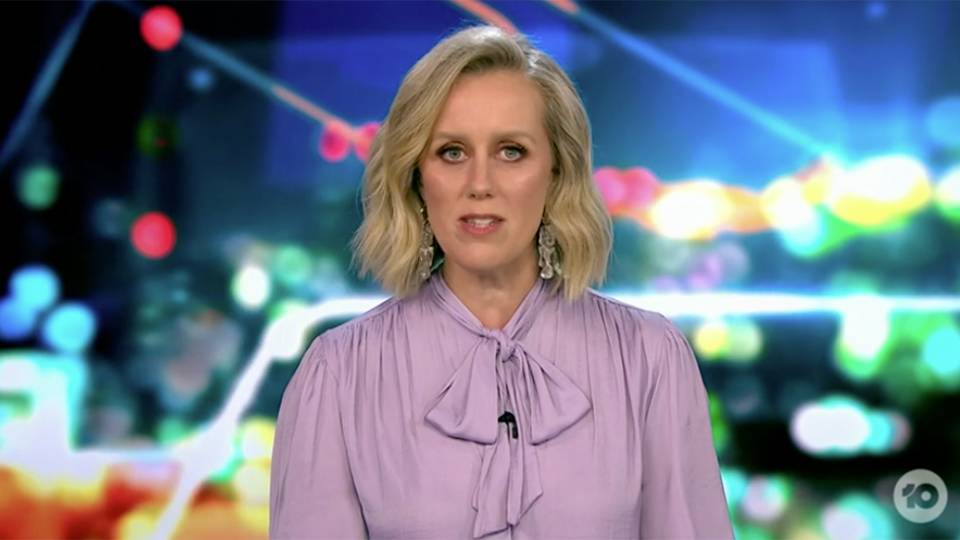 Claire Hooper is now a semi-regular on The Project. Picture: Supplied

"I had this lovely bit in my last show that was cut short thanks to COVID but the audiences really seemed to enjoy it.

"It was just a story about how I was walking along the road next to my house and I saw a bird that had been hit by a car, and how I had to steel myself to do the honorable thing and put it out of its misery because the poor thing was dying.

"It was clearly in a lot of pain, it was just flipping around on the road, I go back into my house, I get a brick, I tell my husband, and I go back to kill the bird.

"And just as I'm about to do it, the bird flies off, and so does the other bird that it was rooting, basically it was two birds having sex and I thought it was a dying bird.

"It's the tension of going, oh, this isn't quite right, and then the release of going actually everything is fine.

"So yeah, that's my adult version of a talking bum, I thought a bird was dying but actually it was just having sex."

Can't wait for that book.

This story When a good bum joke just takes the cake first appeared on The Canberra Times.