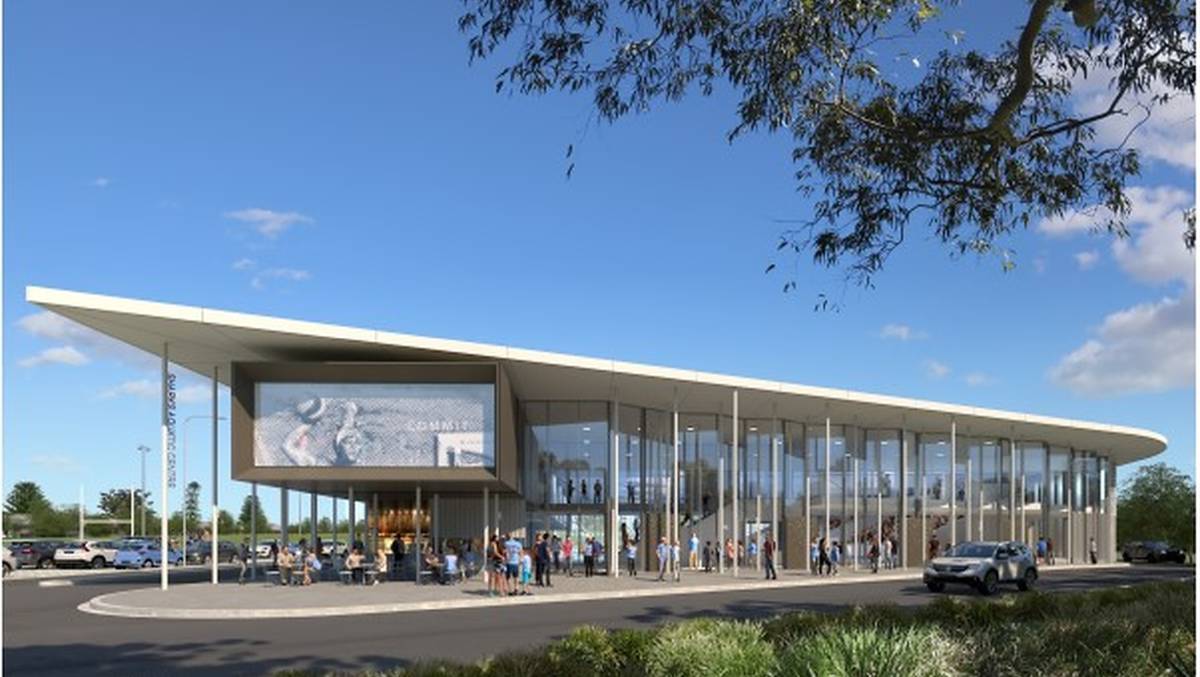 Sutherland Shire Council expressed "significant concerns" about the development application (DA) for a $20.4 million indoor aquatic and water polo centre at Greenhills Beach before its withdrawal this month.

The group behind the venture say withdrawing the DA is a "temporary" measure, and the application will be re-lodged with additional technical and engineering reports.

But, local residents say the deficiencies of the site have been confirmed by the council's preliminary assessment and the facility should be moved to the "more suitable" nearby Marang Parklands.

The proposed project, which was announced in late 2020, has outraged many local residents, while the water polo community is equally strong in its support.

Submissions to the council, which are in the online DA documents, run to 275 pages.

The council papers show the DA was withdrawn on May 17. No explanation was given.

John Watkins, president of Sharks International Water Polo Academy and Life Member of Cronulla Sutherland Water Polo Club, said in a statement to the Leader, "It was agreed with council that we would temporarily withdraw our proposal to give us more time to complete some additional technical and engineering reports."

"We intend to re-lodge as soon as possible and we're very keen to get the best outcome for our club and the broader community," he said.

The letter said the council was "committed to working with you to develop a proposal that can be approved".

"Significant concerns identified following preliminary assessment which need to be resolved in order for council to present an assessment report recommending approval," the letter continued.

"It is worthwhile considering withdrawal of the application so that the following issues can be appropriately addressed."

The letter listed 17 points needing to be addressed, ranging from permissibility of the project on the site, non-conforming building height and parking and traffic issues to privacy impacts, hours of operation, plan of management, lighting and "numerous" submissions objecting to the proposal.

A resident who is at the forefront in fighting the proposal said the council letter "articulated multiple breaches of statutory requirements, which will require significant facility redesign and supporting studies to be completed".

"The broader topic now is the suitability of the current proposed site to house a water pole facility of even a scaled back nature, as many of the statutory non conformances and community concerns, already highlighted by council on the current DA application, will be repeated on a smaller scale facility," he said.

"There are available lands at Marang Parklands, which are being developed by Breen Holdings, on Captain Cook Drive that are far more suitable for a facility of this nature and will have far less impact on local residents."

Matters raised in submissions to the council on the DA include traffic and parking, noise, hours of operation and privacy.

One resident wrote: "We purchased our $2+ million property in December 2019. One of the main reasons we purchased it was for the "greenspace" outlook and privacy from the back yard. Should this development proceed, we will loose all privacy and people will be looking directly into our back yard, lounge room and worse, our main bedroom and ensuite. The noise will be horrific from our house - considering the considered hours of operation as 5am-10pm,7 days a week with whistles, squeals, yelling and pumps/equipment to keep a complex of this size running etc. We are also concerned about the smell that the chemicals required to keep pools of this size and nature running in a healthy way will impact on us".

Another opponent wrote: "The scale of the proposal [including a 1000 seat grandstand] is totally unsuitable for this location. The Traffic and Parking Impact Assessment Report, dated 16th May 2017, is inaccurate and out of date."

One writer objected "to the fact that the water polo facility will not be available for public use and is designed for water polo local and representative competitions only".

Cronulla Caringbah Sharks Junior Rugby League Football Club, which is situated alongside the site, expressed "major concerns" about not being left with enough space for teams to warm up, along with traffic and parking issues.

Submissions supporting the proposal said it was a much-needed facility for the shire and region and would also attract tourism.

One supporter wrote: "This development application has been in the pipeline since around 2005. It was originally part of the approval process to get the Shark Park development over the line. Significant concessions have been made over the years, most notably from a 2 pool complex down to a single training and competition pool. The addition of a state-of-the-art pool to Cronulla High School grounds offers amazing opportunities to our local children, opportunities that usually only available to those that can afford $30,000 a year in school fees. This facility will also be available to other public schools in the area. The addition of a water polo complex to Cronulla High School has been approved by the Department of Education and has been a known development many years before the Greenhills and Shearwater developments were approved".

A sports massage therapist and nutritionist wrote: "This facility will benefit schools and the community, with the increase of active lifestyles and a more understanding of health and nutrition. A state of the art facility will only encourage all walks of life and athletes to attend and benefit handsomely."

Another supporter wrote: "Water polo is an Olympic sport which has a serious lack of international standard facilities in Sydney, and especially southern Sydney. This proposal would provide world class facilities for local and regional water polo players. Additionally, it would be a huge asset for the local community".

Many submissions echoed this comment: "Having access to a purpose-built swimming pool that can hold international / interstate teams for training and competition will create a huge benefit for the area. It will bring in visitors and financially support the area through accommodation and local businesses, especially in the hospitality area".