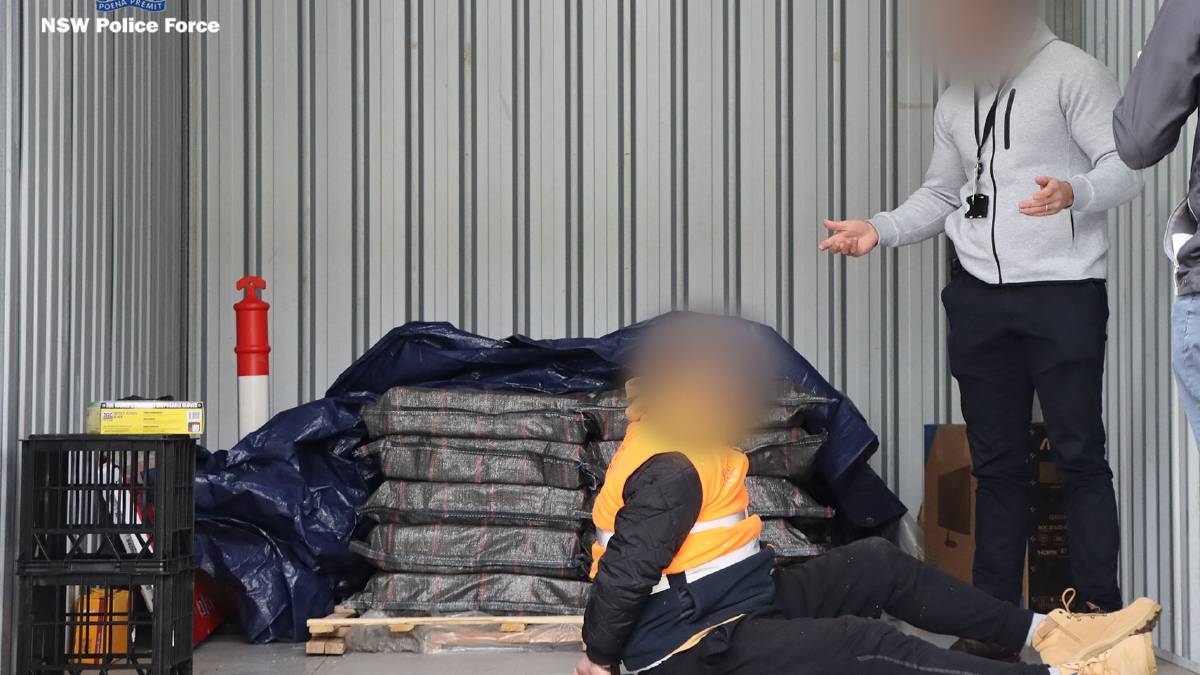 Three St George men have been charged as part of an international investigation into the large-scale supply of prohibited drugs, including cocaine, worth $900 million.

Acting on intelligence information from NSW Police Force investigators, the United States Navy allegedly seized 870 kilograms of cocaine after intercepting a vessel in the Pacific Ocean off the coast of Colombia last October.

The United States Coast Guard allegedly seized a further 900 kilograms of cocaine in April this year after intercepting a second vessel travelling off the coast of Ecuador after receiving further information from NSW Police.

Police allege the seizures formed part of a conspiracy to supply a total of 3000 kilograms of cocaine, with the estimated potential street value of $900 million.

Strike Force Jillabenan investigators constructed a replica of the items seized in April, which was taken to a storage facility in Lake Macquarie near Newcastle.

Just after 8.30am yesterday, police allege a 42-year-old Mortdale man was attempting to access the items when he was arrested during an operation involving the Tactical Operations Unit and PolAir

A second man, 37, of Rockdale, was arrested in a nearby car park.

The Rockdale man was charged with large commercial drug supply.

They were refused bail to appear at Newcastle Local Court today, Friday.

A man, 58, was arrested at the Sans Souci property and taken to St George police station where he was charged with two counts of conspiracy to supply prohibited drug (large commercial), two counts large commercial drug supply and participate criminal group/contribute criminal activity.

He was also refused bail to appear at Parramatta Local Court today.