The chief executive of South Eastern Sydney Local Health District (SESLHD) has praised the St George and Sutherland Shire communities for coming forward in droves to get vaccinated against COVID-19.

Tobi Wilson said it had been heartening to see vaccination rates in the St George area increase by about 6 per cent a week in recent weeks, putting the area almost on par with vaccination levels achieved within the district as a whole.

Mr Wilson said the health district had a first-dose vaccination rate of about 79 per cent, while the first-dose rate for NSW was 78.5 per cent on Monday.

In comparison, the latest NSW Health Map of NSW vaccinations by home postcode and LGA figures for Georges River Local Government Area show 74.3 per cent of the 133,798 eligible residents have received their first dose of vaccine, up from 65 per cent a week before, while 39 per cent are fully vaccinated, up from 33 per cent a week ago.

Sutherland Shire has a first dose vaccination rate of 81.5 per cent, while 49.1 per cent of the 187,018 eligible residents have received two doses.

Mr Wilson praised residents of postcodes in the St George area that had achieved vaccination rates even higher than the state average, in particular the 2223 postcode, which includes Mortdale and Oatley, and is part of Georges River LGA.

All other postcodes in the St George area have achieved first dose vaccination rates of 70-79 per cent, while 30-39 per cent have been fully vaccinated.

Mr Wilson said it was great to see the suburbs achieve such high levels of vaccination after a slow start.

"Both the LGAs of concern were a little bit behind Greater Sydney and certainly the district, and we are certainly seeing both come up," he said.

"We are seeing rates go up in both the LGAs of concern by 6 per cent per week, which is the fastest rate in the district."

Mr Wilson said the high rates of vaccination were partly made possible by the localised vaccination hubs set up in the areas of concern. 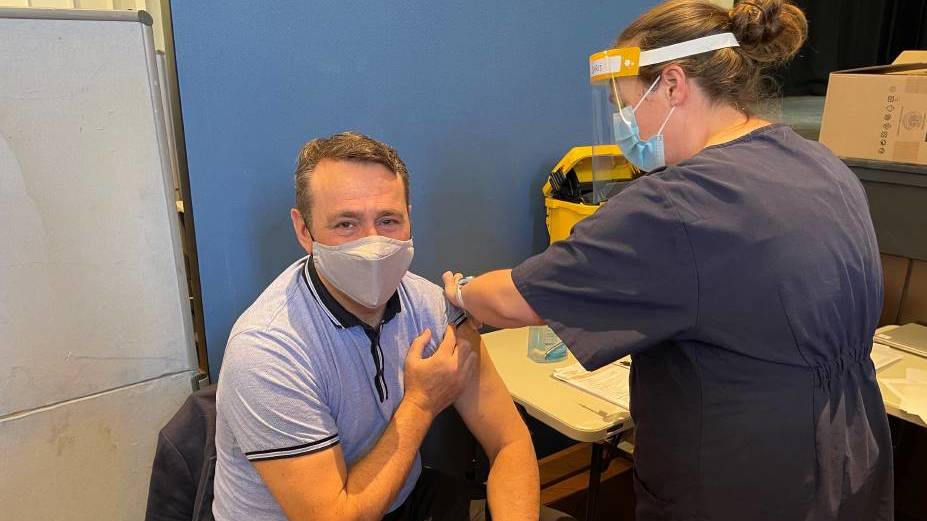 He said the Bayside hub was especially well received by the community.

Mr Wilson said even with a slower start, both the Georges River and Bayside LGAs should be close to reaching the 70 per cent double vaccination rate by about the third week of October, close to when NSW is set to achieve that target.

And he thinks the two local LGAs of concern, Sutherland Shire and the district as a whole are on track to achieve at least 85 per cent double vaccination rates sometime after that.

With GPs in the area now having good supplies of vaccines and almost all people who have received their first dose of vaccine expected to get their second, Mr Wilson said focus would now turn to increasing the vaccination rate amongst the vulnerable in the community.

Details: To view the Map of NSW vaccinations by home postcode and LGA click here.