The federal health department has rejected claims by distributors that international suppliers of rapid antigen tests "will now only be dealing with the federal government" amid critical shortages around the nation.

But ambiguity in its response left open the possibility it has redirected some shipments of tests that were intended for workers in critical industries.

Some pharmaceutical, industry groups and state governments that sourced the tests from distributors have been told their already-paid orders have been cancelled this week as the Commonwealth placed fresh orders for 80 million RATs needed for accurate surveillance of the virus in the community.

State and territory governments have placed orders for approximately 130 million RATs. The health department responded to the claims it had "stolen" orders on arrival in Australia, saying on Thursday it "has not requisitioned all RAT supplies within and entering Australia".

The purchases were made using emergency procurement rules for urgent needs. 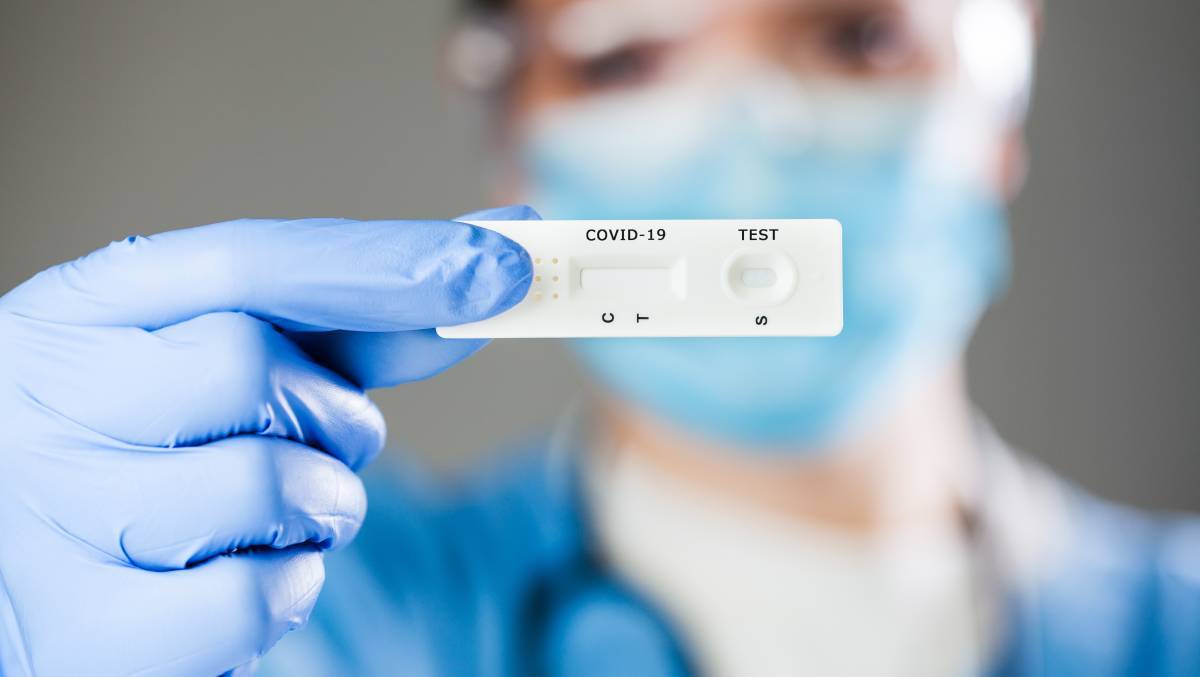 Rapid antigen tests have been in short supply around Australia despite being integral to fixing supply chain problems while workers wait results. Picture: Shutterstock

The department said it "has not sought to place itself ahead of other commercial and retail entities" that had placed orders ahead of the Commonwealth.

"While we are aware there are supply constraints within the market, it is expected supply will normalise over the coming weeks," it said.

Transport workers were the latest to demand orders of rapid antigen tests be returned to those who need them to keep essential supply chains operating, as a senior Queensland minister doubled down on claims 20,000 tests intended for state rail workers were confiscated at the direction of the Commonwealth.

Mark Bailey, Queensland's rail minister, claimed the tests sourced internationally had arrived at Sydney before the order was redirected due to a policy decision, citing an email from the distributor apologising for the difficult situation now faced by the state's rail operator.

No mention of other fed agencies & butprocurement admitted.

More spin & lies from an incompetent Morrison Govt that failed to secure Rapid Antigen Tests 6 months ago when everyone advised them to & now snaffling them from its citizens pic.twitter.com/mHrRprNwln

After seeing the federal health official's response, he accused the Morrison government of "more spin and lies" after it failed to secure the tests six months ago "when everyone advised them to" and was "now snaffling them from its citizens".

"Transport companies are doing their best to secure their own supplies, but they are not being helped by these extraordinary interventions by the federal government," he said.

"Transport companies are doing their best to secure their own supplies, but they are not being helped by these extraordinary interventions by the federal government," he said.

The state's health minister Yvette D'Ath said she hoped the Commonwealth was not redirecting tests just to send them to the people who would have received them without the intervention.

"If there is a time where government agencies have to turn to suppliers and say, 'We need for emergency reasons to acquire your stock', that they're looking at where that stock is going. Imagine if we're pulling back stock only to find that we're doing so to give it to the same people that we took it off in the first place," she said.