Hazelhurst Arts Centre chairman Byron Hurst looks back on the fight to have a regional gallery built in Sutherland Shire and the success it has enjoyed ever since. Long fight: Hazelhurst chairman Byron Hurst with then Sutherland Shire mayor Kevin Schreiber turning sods to mark the start of construction of the regional gallery and arts centre in 1998.

When I was first elected to Sutherland Shire Council (SSC) in 1990, I was given the job of heading a committee to make community use of the Hazelhurst Estate that had been given to council by the Broadhurst family.

Looking back, I think the senior administration thought it would be a good job for a newly elected political hothead to keep him busy and out of the way. The land had been in council ownership for years and there was no great expectation that much would be happening in the short term.

I was a great believer in getting runs on the board however, and we kicked off with a community consultation.

We got 75 submissions with suggestions for use of the site. The overwhelming voice was for a centre for the visual arts.

The Shire Arts Council and the Continuum Art Society were strong advocates for a gallery complex as Gymea TAFE was slashing its arts programs.

The council was dominated by the ALP left at that time, who were supporters of the arts, so we got on with the process of interviewing architects to draw up plans.

I still clearly remember the night where we had a procession of architects, all chasing their dream build, come through the chambers. They had come in, each in turn, pitching a "Guggenheim" they had already roughed up, right until the last group.

These were a group of friends who had formed a dream team for the project. They had an architect, interior architects and a landscape architect. To our amazement, they asked us what we wanted!

These consultants brought a wealth of experience. Oi Choong was one of Australia's leading landscape architects and her company Context was expanding rapidly as Dubai boomed. Michael Bennet was an architect who respected the site deeply and convinced us not to demolish the cottage for the gallery, but rather to make it the focal point. Trevor and Ester Hayter had just designed the interiors of the NSWAG's Asian Galleries for Edmund Capon.

The architect's vision was to use the gallery as an L-shaped background to the cottage. By echoing the cottage's red roof tiling they were able to unify the two buildings. The complex is designed to set itself into the background as part of the garden. 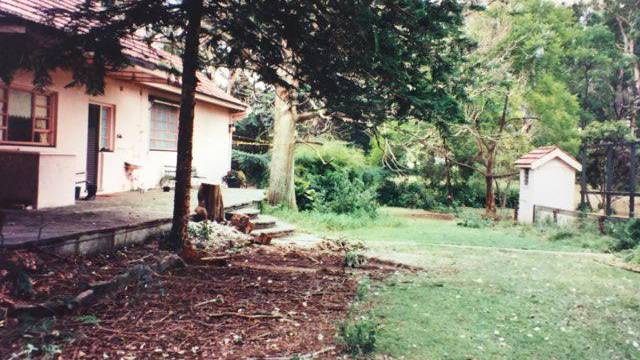 Slice of history: A decision was made to preserve Hazelhurst Cottage.

The design team saw the cafe as a lively meeting place between the education studios and the professional gallery. They envisioned diners spilling out onto a lawn where they could watch their children play around the pond.

A change at council elections brought a more conservative group of councillors into power, but I managed to secure the leadership of a new Bipartisan Steering Committee which included the mayor, Lorraine Rodden, and influential ALP councillor, Phil Blight.

We embarked on a tour of NSW and Victorian regional art galleries to see what was working and what wasn't. We saw great variety, but also a lot of very deserted spaces.

We learnt from the successes and failures of others and decided we needed a multi use complex where art, food, education and parkland could co-exist.

We ruled out establishing an art collection and opted to run the current format where variety and regular turnover of exhibitions drive operations.

We had the plans, but we didn't have the money. Some of the councillors were opposed to spending dollars on an art gallery when they saw other needs in their wards. This was especially the case in the west of the shire where new housing was outpacing amenities.

An uncomfortable compromise was reached whereby the council agreed to build the gallery and cafe but leave the studios as a blank space for the foreseeable future. An unexpected grant of federal money to celebrate the upcoming Centenary of Federation and a whole lot of lobbying changed council's mind.

SSC recognised that it would look less than satisfactory to build half a project to celebrate this historical milestone!

Our steering committee by this time had secured the support of well-known shire artists. Garry Shead had won the Archibald in 1993 and was justly celebrated. George Gittoes had joined our committee and Bob Marchant had also lent his weight to the cause.

These big name artists living in the shire were part of a compelling argument that the shire needed to take the visual arts seriously.

I had recently retired from council when we opened with a smoking ceremony in the grounds. I wanted to see the project through into the operational stage and applied to join the board. 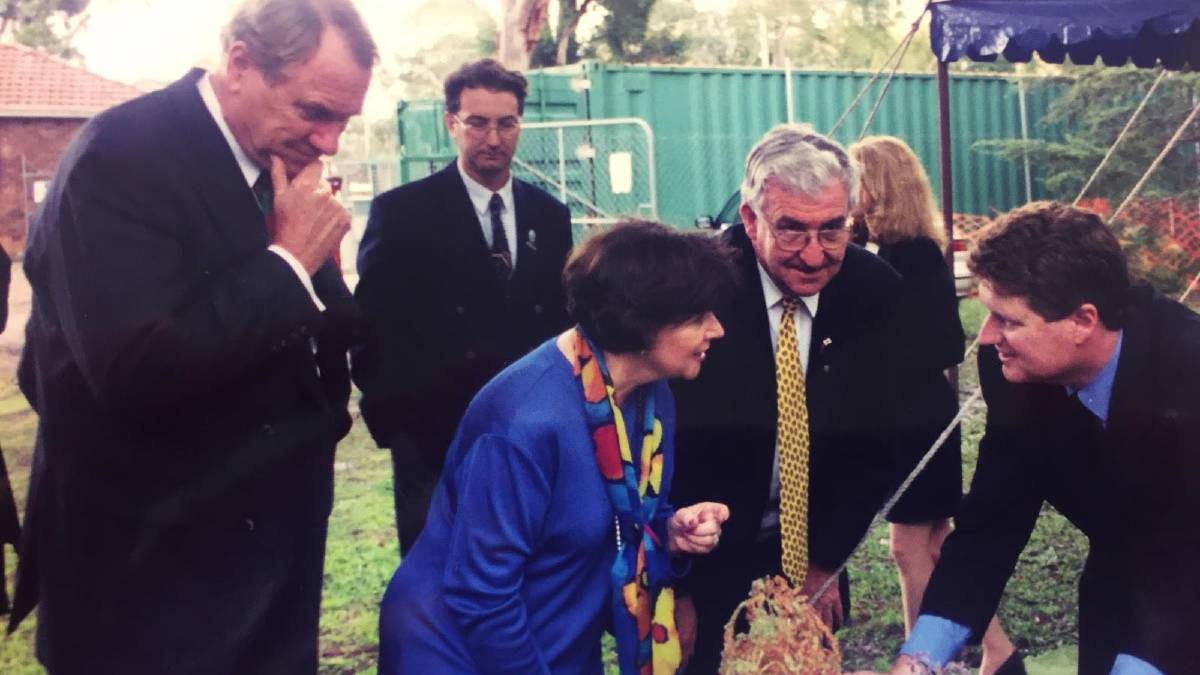 Michael Rolfe was our first director and he headhunted Belinda Hanrahan from Art Gallery NSW (AG NSW) to do the PR work. Belinda was headhunted right back to the city before we finally secured her leadership when Michael moved on.

Hazelhurst was pretty much a success from day one and so its reputation grew. We managed to secure some great exhibitions and most people would now have fond memories of these shows.

A few that stand out in my mind are those of local artists like Blake and Sydney Peace Prize Winner, George Gittoes and historical artist Jiawei Shen, who is now on our board. Locals Peter Sharp, Idris Murphy, Ildiko Kovacs and Alexander Mackenzie also produced beautiful and memorable exhibitions.

Also crucial to our success was our education department and its success in hosting the student showcases, ARTEXPRESS and Art Rules. These shows bring young people into Hazelhurst and are perennial crowd pleasers.

The fact that we are able to curate and hang award winning shows like Our Stars with the amazing talents of the APY Lands indigenous artists on display is testament to Hazelhurst's success and international recognition. That the AG NSW entrusted us with their European Masters is another compliment to the skill of our curatorial staff. Hazelhurst has also played a vital role in documenting our local culture in shows like the record-breaking Southern Swell and Sylvania Waters.

The other crucial factor in our success has been the innovative work we have attracted to our own award, Hazelhurst's "Art On Paper Prize." This has attracted Australia's top contemporary artists and become an important event on the national art calendar.

As for the future, I hope to keep up my involvement with Hazelhurst to drive further improvements. We have plans for expansion of the exhibition and education spaces but as yet no money to build them. I would like to bring my experience of the planning, building and funding of what we have now to our plans for the future.

I also have aspirations for more ambitious and prestigious exhibitions in these expanded facilities.

The other area I see for growth is the further building of our Friends of Hazelhurst and our various volunteer groups. These organisations grew out of the lobbying for the original project and have evolved into dynamic social and cultural groups. I am particularly proud of their education work with guided tours and the Academy Travel Lectures.

It is my belief that everybody who has contributed over the last 20 years has made a significant contribution to an institution that will stand for years to come and evolve into a powerhouse in the Australian visual arts industry.