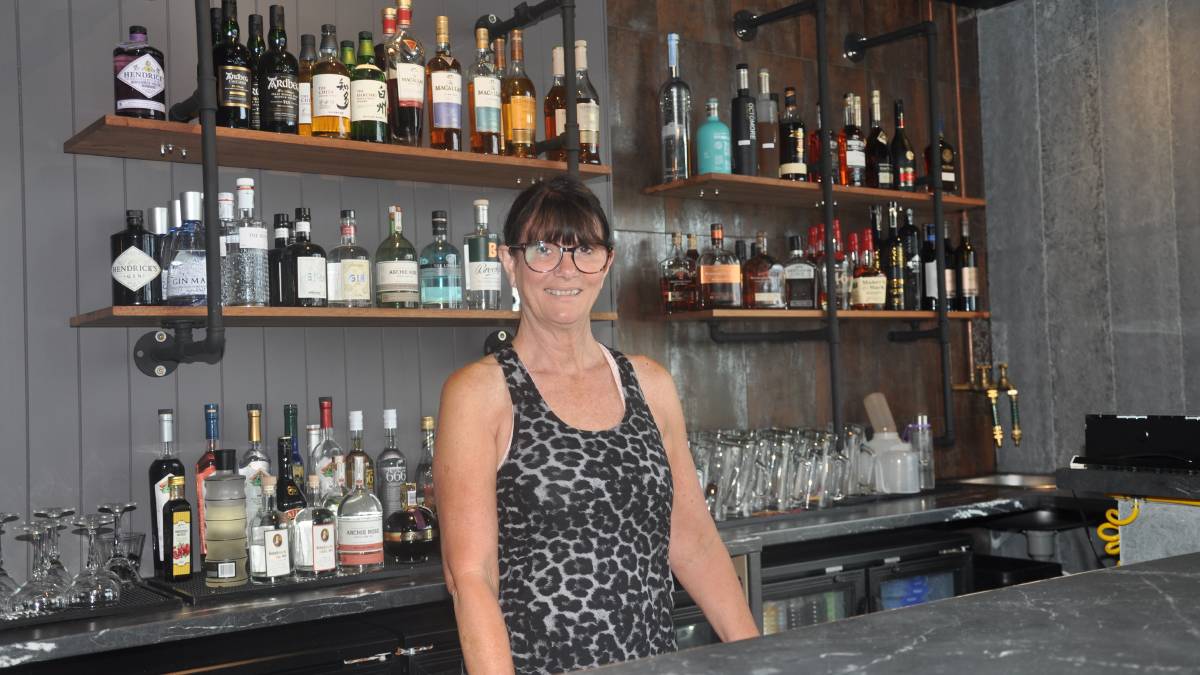 The proprietors of Fusion nightclub at Cronulla hope to reopen with a new name and look and in half the previous space when coronavirus restrictions are lifted.

"It's a new era and we want to change with the times," said Robyn Baker who with her partner Jonathan (Jono) Lane bought the business in March 2015 after having worked in it.

Fusion, which has operated for 25 years at Cronulla and was promoted as "the hottest, sexiest and busiest club in the shire", will be just a memory with the announcement it won't reopen after an eight months' shutdown due to coronavirus.

Its demise was announced in a Facebook spot, reading: "R I P. We have shared so many wonderful memories, met some fantastic people, watched patrons fall in love and marry. Times have changed and so have we. You will always be in our hearts. Another chapter. Stay tuned".

Ms Baler said the doors to Fusion, above Woolworths Metro in Cronulla Street, closed on March 18.

"In August, our landlord said, 'Enough is enough, you need to start paying some rent', and we thought 'What are we going to do?' "

The couple decided to divide the premises, consisting of two very large rooms, into two.

The room facing Cronulla Street has been renovated and converted into an up-market cocktail bar, Baker Lane.

The plan is for the second room to become a nightclub with a new name and look once all restrictions are lifted.

"A nightclub is where you go to meet people and dance and have a life," Ms Baker said. "You can't do that with restrictions."

"We do cocktails, tapas and grazing plates," she said.

"It's a different demographic, people who are a bit older, but they come up here and love it.

"We have had a few young'uns, but they find it hard to keep still, and under Covid rules you have to stay seated."

The couple launched Baker Lane a few years ago in Gerrale Street, Cronulla, but it closed after lease problems arose.

"We are loving doing it again," Ms Baker said.

Fusion nightclub at Cronulla will be just a memory after the announcement it has closed permanently.

The venue, which was promoted as "the hottest, sexiest and busiest club in the shire", has operated for more than 25 years.

It closed earlier this year due to coronavirus and won't reopen.

A Facebook announcement reads: "R I P. We have shared so many wonderful memories, met some fantastic people, watched patrons fall in love and marry. Times have changed and so have we. You will always be in our hearts. Another chapter. Stay tuned". 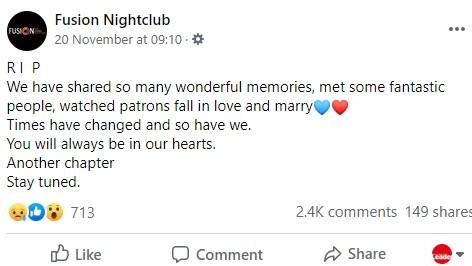 The closure of Fusion has disappointed many patrons, but a lot of parents may breathe a sigh of relief.

In past years, the venue appeared regularly on Liquor and Gaming NSW's violent venues list.

Fusion was last listed for the period from July 1, 2017 to June 30, 2018 when there were 12 alcohol-related assaults in and around the premises.