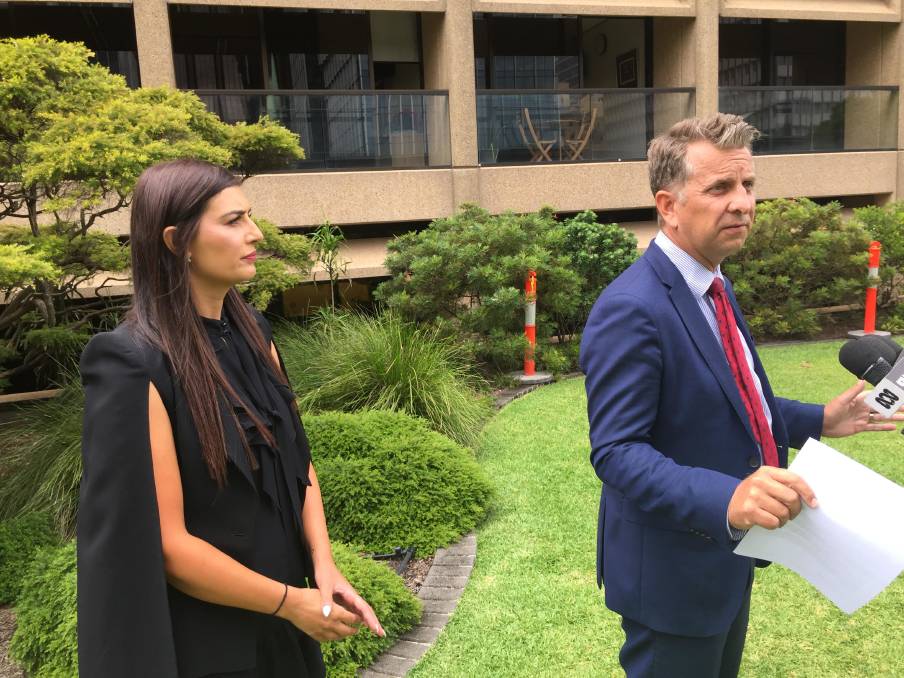 Since our Murray Trembath broke this story, there have been a few developments. The latest is that after much pressure from the public and the Leader, the government says it will consider other sites for a multi-storey commuter car park at Jannali. This is a win for common sense and shows the power of a strong independent local press. Below is a sample of our community's anger at the original decision to resume houses for a carpark.

The treatment of the residents of Jannali, who are to have their properties forcibly acquired by the NSW LNP government for a future carpark, are just more additional victims of the callous disregard this state government have for the people of NSW. Following the destruction of property in the summer bushfires of 2019/20 what has become of the bushfire victims in Andrew Constance's electorate? Most are still in caravans and makeshift accommodation. The NSW government bushfire relief grants are misallocated to multinational companies like Visy or local skydiving companies in what is admitted by state government as a politically rorted scheme. The majority of genuine fire victims have received very little support. Many have also forgotten about the previous disgraceful actions of the government.

With outrageous disregard, they forcibly acquired the long-established homes of the residents along the WestConnex route, particularly in Haberfield. Most were forced to accept payments for their lost properties drastically well below market value, leaving these residents homeless and severely financially disadvantaged during a booming property market. This ridiculous forced acquisition in Jannali echoes the stupidity and bullying of the WestConnex acquisitions and must be scrapped. The residents of the electorate must consider the callousness and inhumane actions of this dysfunctional state government carefully and, at the next state election, deal with them accordingly.

Vote this state government out

The way residents have been told their properties are being resumed has happened before. Friends at Kensington had the same door knock from the government. Their entire street was resumed for the expansion of the hospital. Again no prior warning. The so-called consultation process was not satisfactory. The government deducted price if they saw cracks or older fittings despite the fact the houses were being demolished. Our friends lost the home their mum was born in and the house next door their sons had bought to help their elderly parents as their mum has dementia. They ended up having to move 30 kilometres to get one house to accommodate the family. A miserable solution, their mum hates it and asks to go home. VOTE THIS GOVERNMENT OUT

Carpark Capital of the Shire

I was appalled at Mr Constance's lack of empathy for the Jannali residents he intends to evict from their own homes (A Bastard Act, Leader 17 February 2021) to build a carpark. The state Coalition Government has overseen massive overdevelopment in the Shire and Jannali has worn much of the brunt of that over development. So many unit blocks have recently been constructed with little to no accompanying infrastructure improvements or upgrades. Jannali residents are well aware of the gridlock during peak hours to get across the existing railway bridge and Mr Constance's solution to this issue is to put a massive car park smack bang in the middle of that gridlock. Mr Constance's advisors have not put much thought or sought local input into this issue.

Despite rhetoric to the contrary, there are plenty of alternatives to evicting Jannali residents to create a car park. They could consider building the car park on either the existing car park areas at Jannali Station. They could also cover over the rail cutting between Jannali and Sutherland and build a carpark and a second road crossing that would help alleviate some of the congestion at the existing rail crossing.

For some strange reason, carparks in Jannali are also an issue for the local council. Woolworths wants access to the council carpark (public land) behind the shops to build an even more massive shopping centre with even more car spaces. I don't get why Jannali is targeted as the Sutherland Shire's carpark capital at the moment. You don't need to be Einstein to work out what will happen to congestion in Jannali if all these carparks eventuate. I think most of us have seen The Castle, the vibe for evicting residents to build a carpark of all things is bad and the traffic gridlock that eventuates will be ridiculous. Think again, Mr Constance; and Gladys, please step in and start treating the people of Jannali with a little more dignity and respect than your transport minister does. Id like to see some genuine local consultation on this issue because we are the ones that will have to wear the consequences of these decisions.

The unfortunate homeowners being forced out of their homes at Jannali. If they can find another house close to the amenities they are used to, they will pay almost a million dollars. To add insult to injury, they will also have to pay over $40,000 in stamp duty to the government, which forced them out of their homes to begin with.

Why has there not been any mentions of the option for a car park over the rail line?

The most cost-effective option for taxpayers and ratepayers is to build a car park over the rail line at the southern end of the station road bridge. It would:

Likely provide a suitable noise buffer zone from domiciles across the road.

Be located over a solid rock tight cutting with no supports exposed in the rail corridor where they might be at risk of being struck by a derailed train.

Have direct pedestrian and lift access to the ends of the platforms (for persons with disabilities).

Have direct road access from both sides of the rail corridor and otherwise, wasted air space within the corridor is utilised more effectively.

It's a win-win for everyone.

Compared to the above option, it would be a very clear case of criminal waste of money to build the carpark either in the current open space behind Woolworths or to acquire homes on the station's western side. Rail car parks should be on rail land and there is a very suitable site for it at Jannali.