It's been a bit of an odd year for movies.

After plenty of big releases were pushed back due to COVID in 2020, there was a slew of blockbusters on our screens. But NSW film buffs missed months of new releases due to the lockdown.

What really shined this year were Disney films - they're not just for kids!

We've put together 10 of the best films from 2021 for your viewing pleasure. 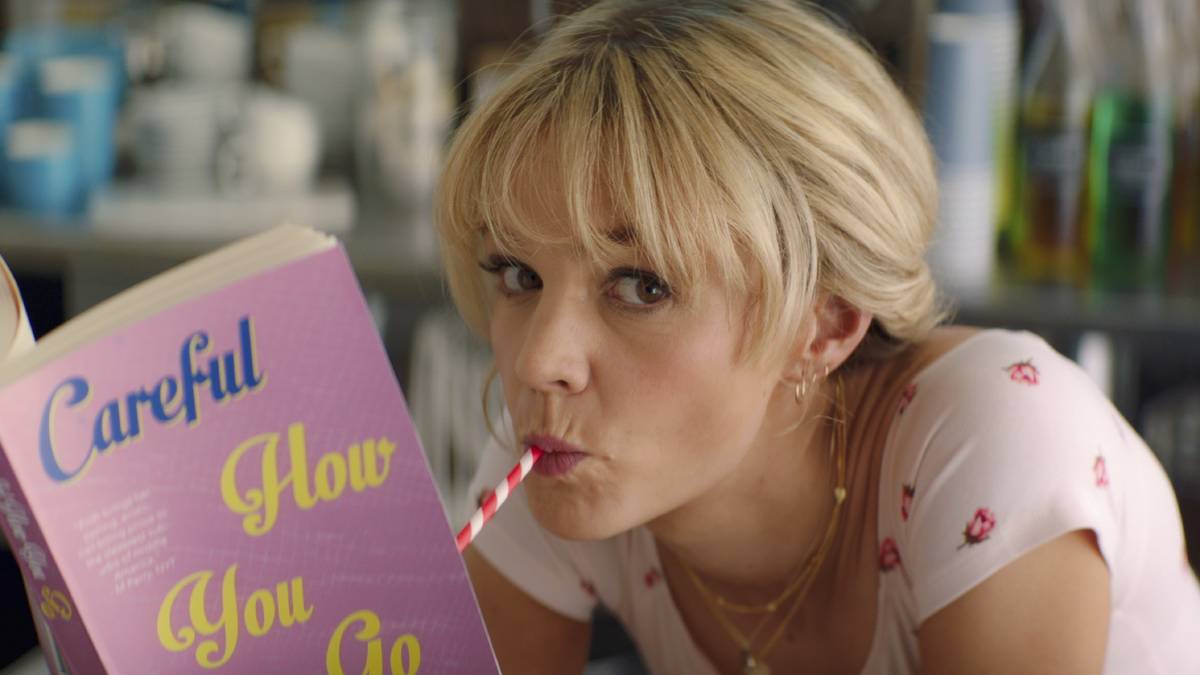 Promising Young Woman is an incredible story that just has to be watched. Carey Mulligan plays a woman who turns men's misogyny and predatory behaviour back on them by essentially acting as bait.

It's both funny and dark and confronting - and you'll never be able to hear Paris Hilton's Stars Are Blind or Britney Spears' Toxic the same away again.

It was nominated for five Oscars this year, picking up best original screenplay. Props to writer-director Emerald Fennell. The Harder They Fall

When you gather a cast of seriously talented actors, a writer-director with a strong vision and a cracking soundtrack, you're almost guaranteed a winner.

Those pieces came together spectacularly in Netflix's revisionist western The Harder They Fall.

The film draws inspiration from classic westerns, while also borrowing some stylistic elements from the likes of Quentin Tarantino, in a package that is entirely its own.

One of the most stylish, engrossing movies from 2021 - strap yourself in for The Harder They Fall. 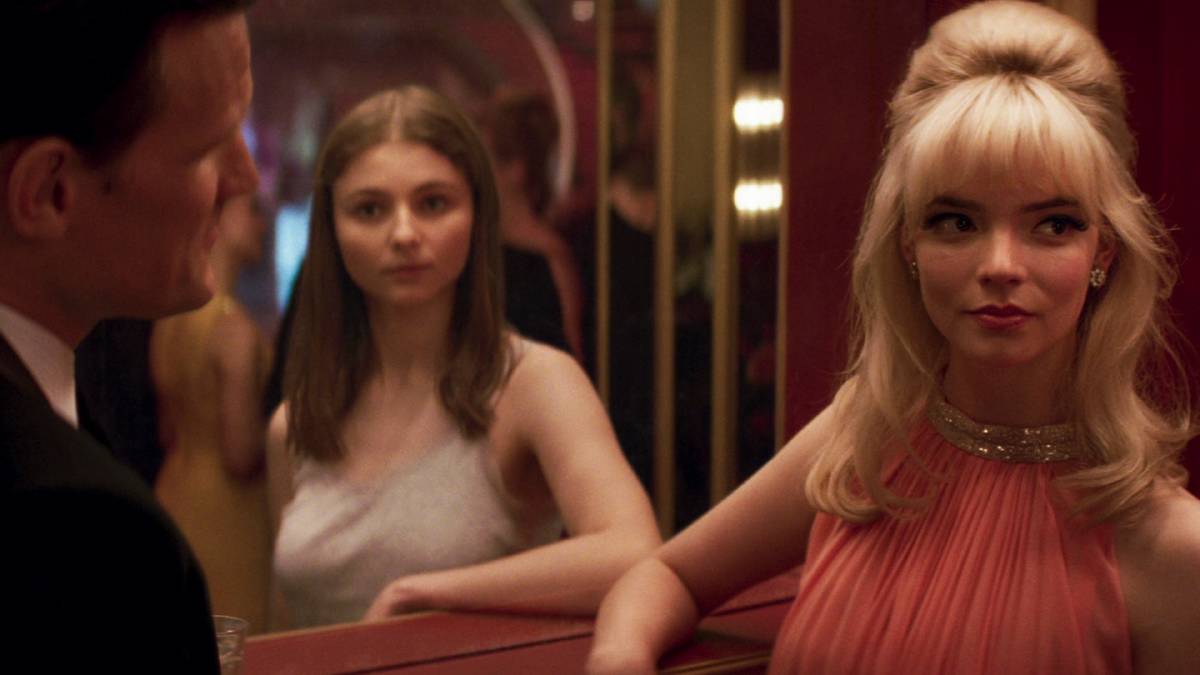 Edgar Wright is a director and writer in complete control of his craft in his latest release, Last Night in Soho.

The film is an intoxicating trip back to 1960s London, where paranoia, excess and exploitation run high.

Last Night in Soho follows an aspiring young fashion designer who moves into a small bedsit as she attends fashion school in London, far from her Cornwall home. As soon as she stays at the new space, Eloise starts experiencing London in the 1960s through the perspective of a mysterious, glamorous young woman every time she goes to sleep.

What starts off as the time-travelling trip she'd always longed for soon turns into something much more sinister.

Last Night in Soho is a ride that doesn't let up. It's everything you didn't know you wanted from an Edgar Wright film. Cruella, a prequel of sorts to the classic animation 101 Dalmatians, is one of the rare Disney live action attempts that is actually a great addition to the collection - it's just brilliant fun from beginning to end.

From the soundtrack (opening up with Supertramp's Bloody Well Right and featuring tracks from The Doors, The Rolling Stones, Nina Simone, The Clash and more) to the production design and everyone's amazing and slightly over-the-top performances, the film is a gonzo fest of fashionable anarchy.

Emmas Stone and Thompson are incredible. It's a privilege to watch them at work.

Fans of the original animation and the 90s live action adaptation will still love this prequel, as it has plenty of homages and easter eggs for them to enjoy. Raya and the Last Dragon

Raya and the Last Dragon is a stunning, sweeping epic of a Disney film which features some of the most beautifully designed imagery in the Disney catalogue.

Set in a fictional south-east Asian nation called Kumandra, the film kicks off with an already divided land turning against each other more drastically than ever before.

The film is action-packed, with exciting chase and fight sequences, but also incredibly beautiful. Each frame of the film could stand alone as a piece of art.

But at its heart Raya and the Last Dragon is a story about the importance of trust, hope and forgiveness, even in the face of rage, fear and danger.

And Awkwafina is truly hilarious as the dragon Sisu. 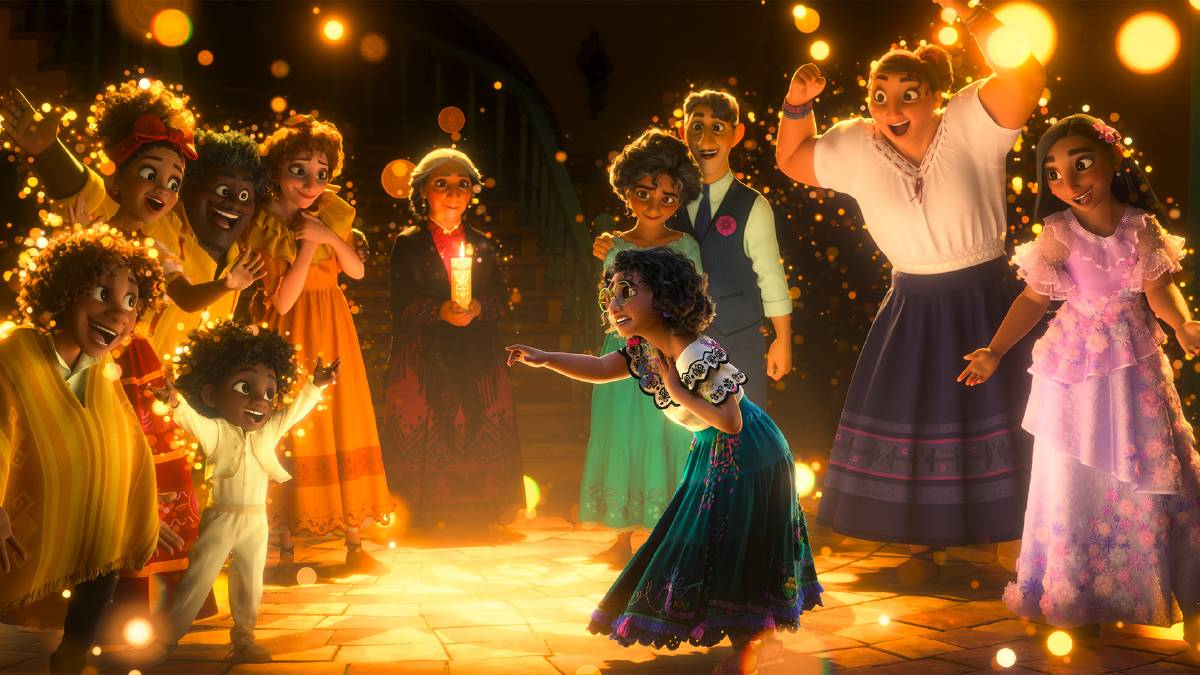 And while those themes might seem like the ingredients which make up most of the House of Mouse's output, they're especially evident in Encanto.

The beautiful and lively film is set in the Colombian mountains and follows the magical Madrigal family - where teen Mirabel is the only member of her family not to receive a magical gift from their magical candle.

The storyline is perfect family fodder, but it's the rich music - from maestro Lin-Manuel Miranda, of Hamiltonfame - and attention to cultural detail which really makes Encanto sing.

Encanto has an excellent message - everyone is special in their own way, but their talents are not all they have to offer. 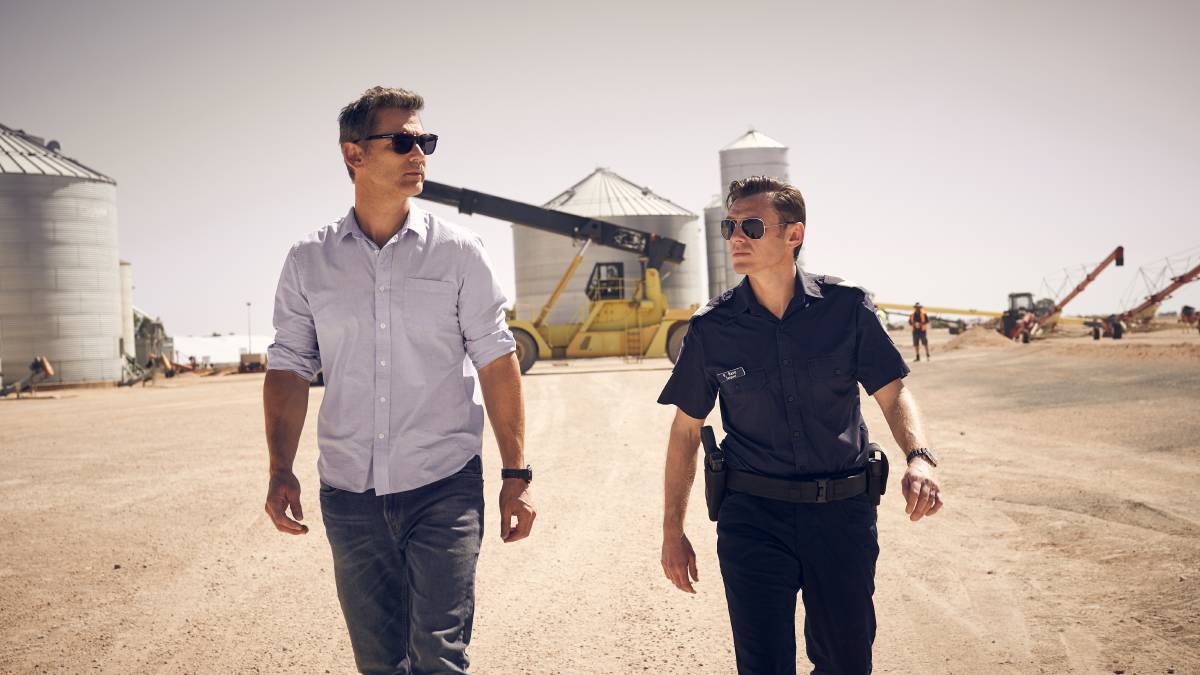 The film adaptation of hugely popular Aussie crime mystery The Dry was highly-anticipated and it didn't disappoint at the start of 2021.

With Eric Bana in the shoes of detective Aaron Falk, returning to his hometown to investigate a horrendous family murder, the film is engrossing and a triumph for Aussie cinema.

The mystery keeps you on the edge of your seat and the weaving of past and present timelines is done with great finesse. 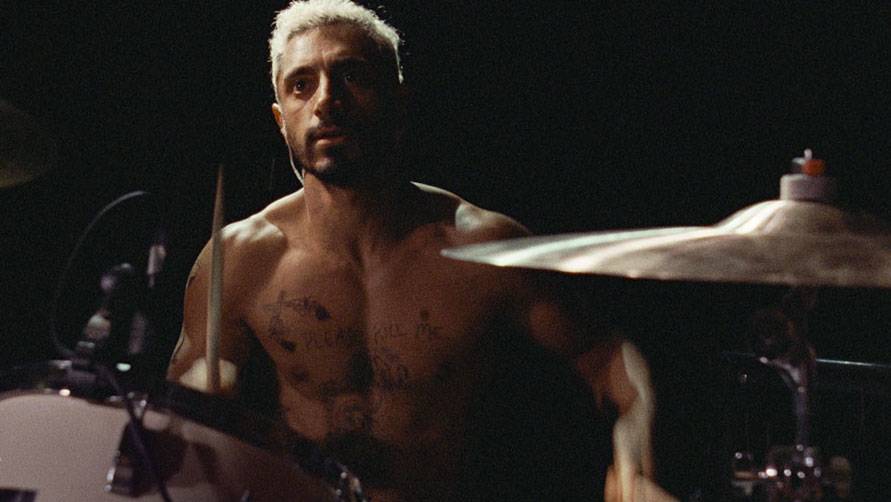 One of the quieter - pun intended - releases of the year, Sound of Metal was an acting masterclass from Oscar-nominee Riz Ahmed.

The film (which actually hit the festival circuit years before its wide release) follows a drummer in a heavy metal group, who discovers to his horror that he is losing his hearing, and soon becomes completely deaf.

It's a massive shock to the system for the recovering addict, who then checks into a rehab centre for other members of the deaf community.

Sound of Metal is beautiful, heart-breaking, and just an incredible showcase of acting talent. Round of applause for Riz Ahmed. 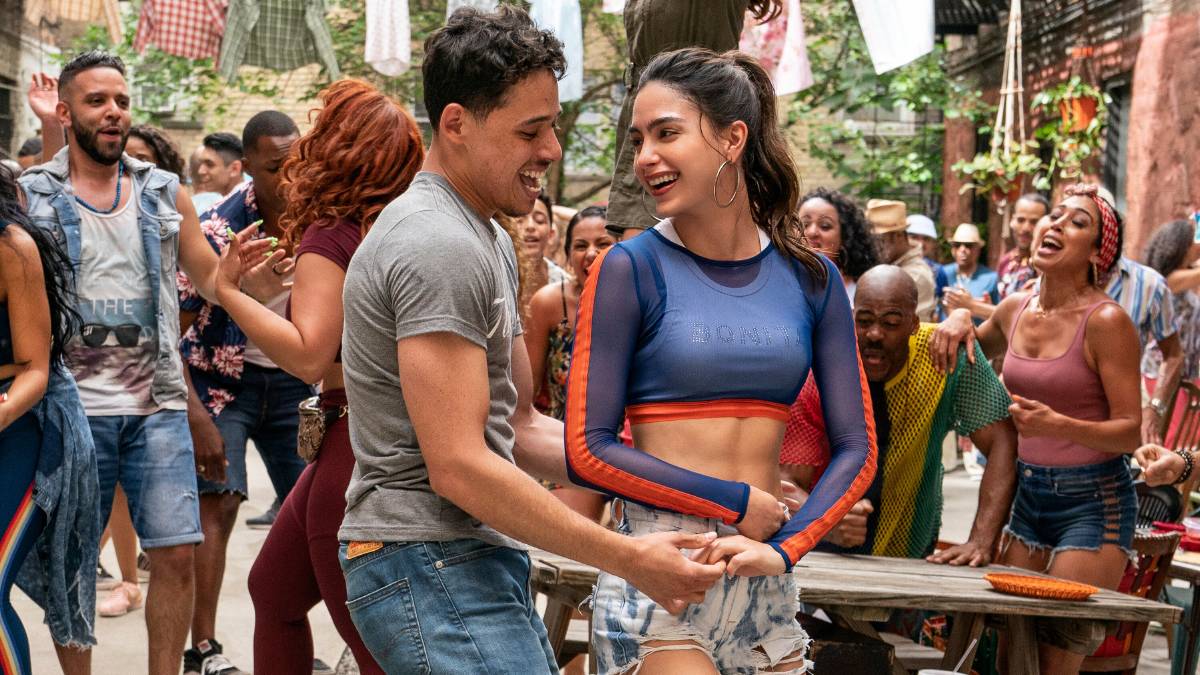 Another of Hamilton creator Lin-Manuel Miranda's upbeat, modern musicals landed just before our shutdown: In the Heights.

The film is set in the New York neighbourhood of Washington Heights, which has a strong Latinx community.

The story follows Usnavi (Anthony Ramos, who deserves to have a long and fruitful movie career) and some of his closest friends and family in the lead-up to a heat-induced blackout in the Heights.

The musical numbers in In the Heights are much like the fast, fun, frenetic tunes from Hamilton, with an even more Latin edge.

In fact, the entire movie is a beautiful celebration of Latin culture. It's bursting with pride, which makes the viewing experience electric.

An understanding of basic Spanish will serve the viewer well. 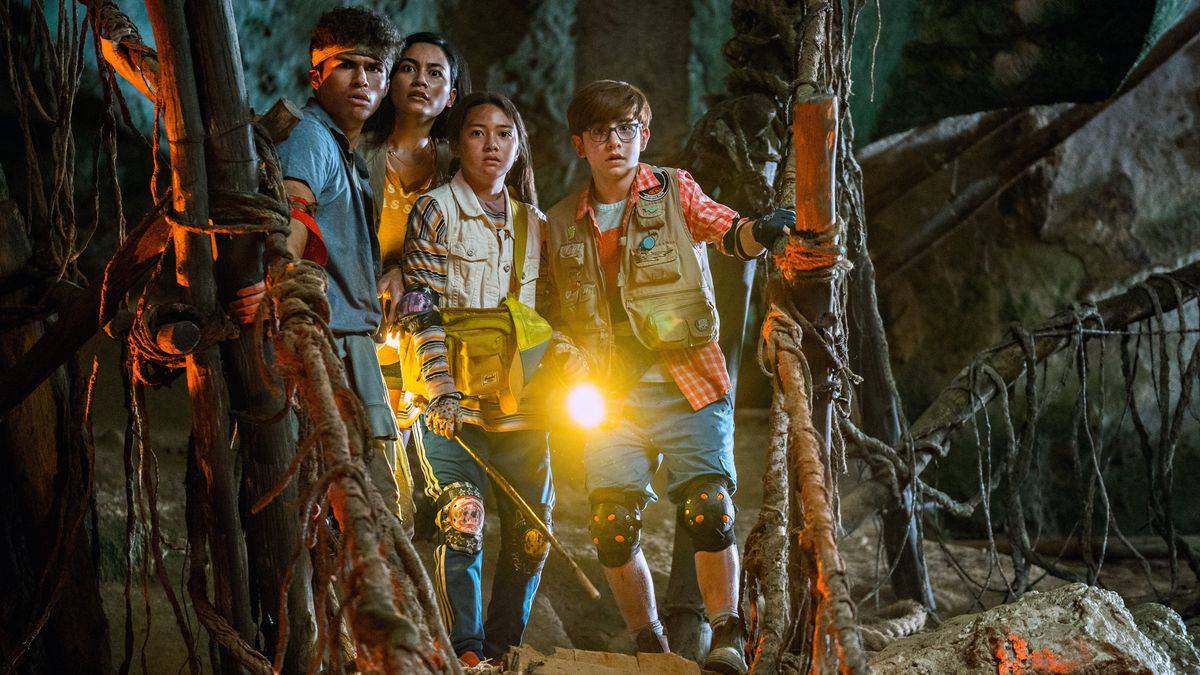 Finding 'Ohana is a modern movie that manages to capture the joy of watching an 80s adventure romp.

In the most basic of terms, Finding 'Ohana is The Goonies in Hawaii.

The really good news is that the film is fully aware that its plot is mighty similar to the 1985 classic, and includes lots of obvious and subtle nods to the iconic flick.

The Netflix film has a great reverence for Hawaiian culture. It shows respect to the unique traditions of the island people and treats them as something to be protected and celebrated.

The film is also far more about the importance of family - and anyone who has seen Lilo and Stitch knows that "ohana means family" - than The Goonies ever was.

Honourable mentions: Moxie; The Dig; Malcolm and Marie; The Last Letter from Your Lover; Worth; Judas and the Black Messiah; The Courier; No Time to Die; Tick Tick... Boom

This story 10 of the best movies from 2021 first appeared on Campbelltown-Macarthur Advertiser.